It’s well known that pregnant women have to be vigilant about what they eat. In the new study suggests that what women eat before conception can play a major role even after the baby is born. 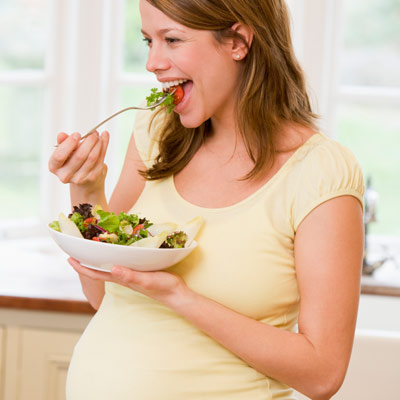 The study has been published in the journal Nature Communications, as the study claims to provide strong evidence that a mother’s diet before pregnancy can permanently affect her child’s lifelong health by silencing certain genes.
The research come from the London School of Hygiene & Tropical Medicine, United Kingdom. The study took blood samples from 167 pregrantn women in rural Gambia, measuring nutrient concentrations in their blood. They then analysed blood and hair follicle samples from their infants, age two to eight months.
About half of the group conceived at the peak of the rainy season while 83 women conceived at the peak of the dry season.

Women who conceived during the rainy season consumed a more vitamin-rich diet of vegetables compared to their counterparts. The combination of markedly different seasons, the population’s dependence on foods grown literally in their own backyard and subsequent swings in nutrient availability offered researchers the ideal conditions for their research.
The study also found what women ate affected the process of gene expression in their babies – specifically in a process called methylation, which is known for locking genes in the ‘off’ position.

The process of methylation – which plays a crucial role in silencing gene expression – is essential for cell differentiation and embryonic development.
– AFP RelaxNews