Have you heard about haemophilia? Haemophilia is a bleeding disorder in which blood does not clot normally. It will make the individual bleed for a longer time compared to someone who doesn’t have haemophilia. There’s bleed inside body especially in knees, ankles and elbows. The worst it could bleed inside organ. 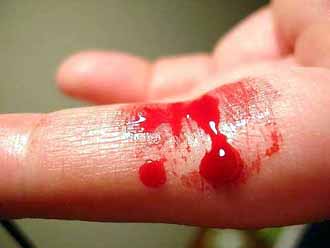 How people get haemophilia ?

Mostly it come from gene as it mostly an inherited disease. However, there are some forms of haemophilia which are not inherited. These are called acquired haemophilia but it is rare. It didn’t inherit but over time the body forms antibodies that attack clotting factors and present with symptoms of haemophilia. This is an autoimmune disease.

In haemophilia, the infected people have little or no clotting factor in their blood. There are several types of clotting factor that every human being has. These work together with platelets in a complex clotting process to stop belleding should he/she get an ijury.

There’s sypmtoms such as
A. Large or deep bruises
B. Joint pains and swellings caused by internal bleeding
C. Blood in your urine or stool
D. Prolonged bleeding from cuts or injuries or after surgery
E. Nose bleeds for no reason at all

There is no cure for but the bleeding can be controlled and the victim can actually live a fairly normal life.