Cancer is a complex group of diseases with many possible causes. Known causes of cancer include genetics; lifestyle factors such as tobacco use, diet, and physical activity; certain infections; environmental exposures to different chemicals and radiation, and more.

How much do daily habits like diet and exercise affect your risk for cancer? Much more than you might think.

Research has shown that poor diet and not being active are 2 key factors that can increase a person’s cancer risk. The good news is that you do something about this.

Besides quitting smoking, some of the most important things you can do to help lower your cancer risk include keeping a healthy weight, being physically active on a regular basis, and making healthy food choices with a focus on plant-based foods.

According to the World Cancer Research Fund, almost 20% of all cancers diagnosed in America are related to physical inactivity, body fatness, excess alcohol consumption, poor nutrition, and thus could also be prevented.

1. Refined sugars and artificial sweeteners
Refined sugars are not only known to spike insulin levels but also to be a preferable food for cancer cells, thus promoting their growth. This is a known fact that has been around for many years. It was in 1931 that the German Nobel laureate in medicine, Otto Warburg, first discovered that tumors and cancers thrive on sugars. In order to grow and spread, cancer cells depend on sweeteners high in fructose such as high-fructose corn syrup (HFCS) because they can easily metabolize it.

Instead of using refined sugar or artificial sweeteners, you can try alternatives like honey, jaggery, blackstrap molasses, maple syrup or the herb stevia to sweeten any dish.

2. Processed meat
Processed meats include bacon, hot dogs, sausages, lunch meats like bologna or pimento loaf. A study concluded by the University of Hawaii have shown that processed meats increase the risk of pancreatic cancer by 67%. Processed meats contain high levels of chemicals and preservatives, including nitrates, which improve their taste, but are well-known carcinogens. Smoked meats are particularly unhealthy as the meat absorbs tar during the smoking process.

To avoid the harmful effects of processed meat, try lean meat and cook your own food.

3. Farmed fish
Commercial fish farming involves raising an incredible number of fishes (such as salmon), in a crowded environment. More than 60% of the salmon consumed in the United States comes from a farming operation where they are treated with antibiotics, pesticides, and other carcinogenic chemicals to try and control the bacterial, viral, and parasitic outbreaks that result from cramming so many fish in a small space. Farmed fish also don’t have as much omega-3 as wild salmon.

When buying salmon, make sure it is labeled as wild. Wild salmon is more expensive than farmed, but it’s worth the extra cost.

4. Pickled and smoked foods
These products typically contain preservatives, such as nitrates, which are intended to prolong shelf life. The additives used in processed foods can accumulate in your body over time. Eventually, such toxins cause damage at the cellular level and lead to diseases like cancer. When smoked foods are cooked at high temperatures, the nitrates are converted to the much more dangerous nitrites.

Try to avoid pickled and smoked foods as much as possible.

5. Hydrogenated oil
Also, known as trans-fats, hydrogenated oils are a man-made product whose chemical structure has been altered to increase shelf life. Chemicals are also used to hide the odor and improve the taste of the oil. Research has proved that hydrogenated and partially hydrogenated vegetable oils present in industrial processed food double the risk of breast cancer.

6. Potato chips
These fast food staples are fried in hydrogenated vegetable oil and then heavily salted. According to a study published in the New England Journal of Medicine, eating just 1 ounce of potato chips a day causes an average 2-pound weight gain in one year. Secondly, they are abundant in trans-fats which increase cholesterol levels in most people, as well as sodium, which raises blood pressure levels. Next, potato chips are fried at high temperatures to make them crispy but this also causes them to produce acrylamide, a known carcinogen also found in cigarettes. 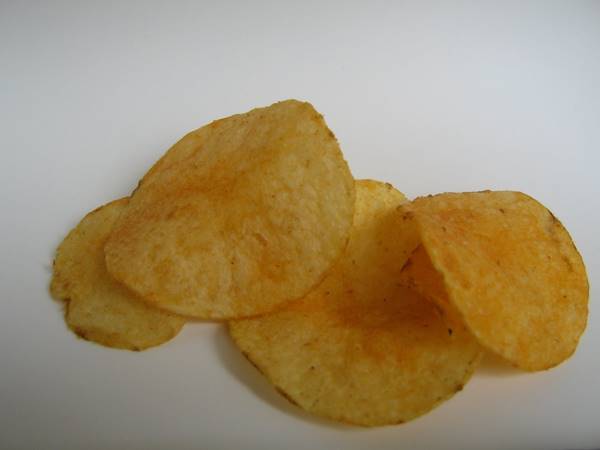 Instead of buying potato chips from the market, make them at home using healthy oil like olive oil.

7. Microwave popcorn
Microwave popcorn is a convenient and relatively healthy snack, but the bag it comes in is another story. Many microwave popcorn bags are lined with a chemical called perfluorooctanoic acid (or PFOA). This toxin has been found to significantly raise the risk of breast, kidney, colorectal, bladder, prostate, lung, thyroid, leukemia, and lymphoma cancers.

8. Refined white flour
When flour is refined, all nutritional value is removed and then it is bleached with chlorine gas to make it more appealing to consumers. The glycemic index for white flour is very high – meaning it spikes your insulin levels without providing nutritional fuel. Carbohydrates are converted to sugars by your body, so excessive products that contain white flour can lead to increased insulin resistance.