Breast cancer is the most common cancer for women in the U.S., so it goes without saying that it’s crucial to stay informed about this disease. Unfortunately, there are many myths and misunderstandings floating around regarding breast cancer as well, so it can be difficult to determine which advice you should heed versus which claims have no evidence whatsoever to support them.

How are you supposed to know what behaviors or other factors can up your risk of getting breast cancer? Or when to start getting a mammogram? Or what signs to look out for that could be linked to the disease?

Fortunately, we separated the facts from the fiction for you.

Some people think that mammograms (essentially, x-rays) can cause breast cancer but, since they use a low dose of radiation, the risk of harm is quite low. On top of that, according to the National Cancer Institute, the benefits of mammography “nearly always outweigh the potential harm from the radiation exposure.”

That’s why the American Cancer Society recommends that women 40 and older have a mammogram every one to two years. Luckily, women today receive a whopping 50 times less radiation during mammograms than they did 20 years ago, thus vastly reducing the chance of long-term health effects.

Myth #2: “I will definitely need a mastectomy if I have breast cancer.”

Most breast cancers are found at an early stage—and this (along with other factors in your medical history) play a major role in determining what surgery, if any, is necessary. In fact, a lumpectomy is more commonly used for early-stage breast cancer—and can be equally effective as a mastectomy, depending on when the disease is discovered.

Myth #3: “Breast cancer can be caused by wearing bras to sleep.”

One myth that’s persisted in recent years is that bras (particularly those with underwire) may contribute to a woman’s risk of breast cancer by preventing the drainage of toxins and waste in the tissue. 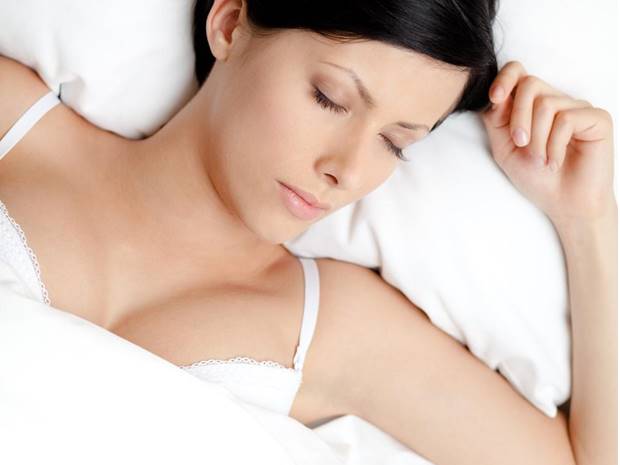 There’s no reason to go bra-less if you’re worried about warding off breast cancer, however. In fact, respected research organizations like the American Chemical Society and the National Cancer Institute have invalidated this claim. A NCI-funded study published in the AACR’s journal Cancer Epidemiology, Biomarkers & Prevention found no link between bras and breast cancer. If you’re still concerned about allowing for lymph flow in the breast area, try a less restricting style—like a comfy sleep bra—at least when you’re catching Zs or just lounging around the house.

If you’re conducting a self-check and feel a lump, don’t panic. According to Breastcancer.org, eight out of 10 lumps are not breast cancer. They might be benign lumps (a collection of hyperactive gland cells) or simply a cyst (a sac filled with water). Still, you shouldn’t hesitate to see a physician after finding a lump to get a professional opinion, quell your concerns, and get accurate information about what steps to take to treat it. It’s a good idea to perform monthly self-exams—by getting used to what they feel like, you’ll be better at detecting any abnormalities.

Myth #5: “Women always get breast cancer because it runs in their family.”

Sure, if you have close relatives with breast cancer, you do have a higher risk of developing breast cancer yourself — according to Breastcancer.org, it’s doubled if you have a first-degree female relative (such as a mother or sister) who has been diagnosed with it.

Still, The National Breast Cancer Foundation noted that only about 10 percent of women diagnosed with breast cancer have a family history of this disease. There is a slew of other factors that can contribute to the likelihood of you developing the disease, such as smoking cigarettes and alcohol consumption.

Myth #6: “Using deodorant can lead to breast cancer.”
Stressed about controlling your sweat? Before you toss your antiperspirant, consider the facts. You may have heard the belief that the aluminum-based compounds in antiperspirants, which temporarily plug up the sweat ducts, can be absorbed into the body through the skin if applied frequently and cause a buildup of toxins in the lymph nodes. 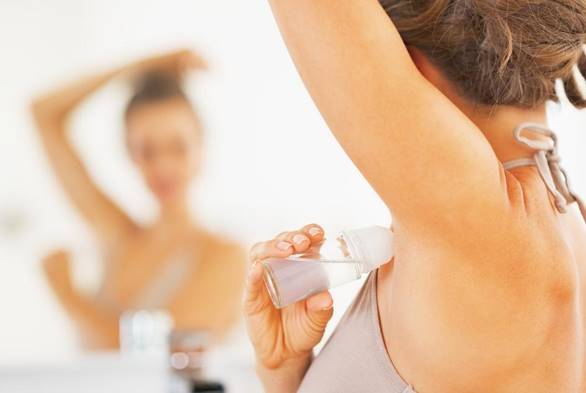 However, there hasn’t been any conclusive evidence to prove that these products cause breast cancer. To the contrary, researchers at the Fred Hutchinson Cancer Research Center in Seattle conducted a study to explore this rumor and concluded that the use of deodorant or antiperspirant did not increase the risk for breast cancer.

Yes, it’s crucial to do regular self-checks to see if you feel any lumps, but there are other warning signs you should be looking out for as well that could point to breast cancer. According to the Centers for Disease Control and Prevention, these symptoms include thickening or swelling of part of the breast, dimpling, redness, or flakiness of the skin on the breast, pain or pulling in around the nipple area, and a change in the shape of the breast.