Over the last 20 years, bone fracture rates in women have declined, thanks to osteoporosis screening and treatment.

But increasingly, experts say, the emphasis on women and osteoporosis has fostered a sexist view of the bone-weakening disease.

That’s harmful to men, whose bones also weaken with age, though later than for women.

What’s more, men are twice as likely as women to die within a year of breaking a hip, research shows. 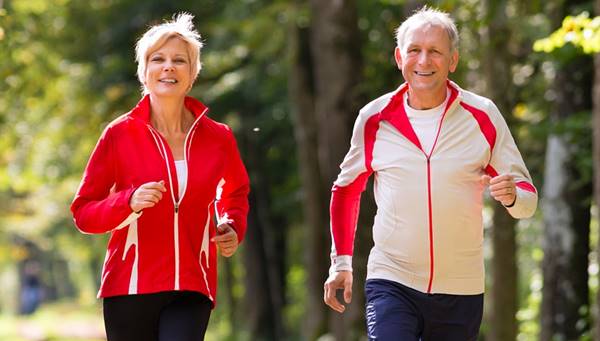 “The public perception of osteoporosis is the old woman with the dowager’s hump,” said University of Pittsburgh epidemiologist Dr Jane A. Cauley.

That perception – or misperception – may be reinforced by the latest screening guidelines from an influential government advisory panel, published in the Journal of the American Medical Association.

The US Preventive Services Task Force recommended, as it has for years, that women 65 and older, and younger women with risk factors such as smoking, be screened for osteoporosis with bone density scans called DEXA.

But not men. Even though the task force found “convincing evidence” that the scans detect osteoporosis and predict fractures in both men and women, it said there is “inadequate” evidence that treatment reduces fracture rates in men.

Experts say that lack of data is because pharmaceutical companies’ big clinical trials comparing drug treatment to placebo were all done in women.

That’s a contrast to research in conditions such as heart disease, which historically has emphasised men despite the fact that women are susceptible as well.

Dr Cauley said doing a major placebo-controlled trial in men would be “a waste of money” because the circumstantial evidence that men would benefit is overwhelming.

In a journal editorial accompanying the guidelines, she said screening men is justified and should target those 70 and older “who have a high probability of fracture”.

The American College of Physicians has taken the same stance; it recommends bone scans for high-risk men, such as those taking corticosteroids or hormone-blocking prostate cancer drugs.

The Endocrine Society, the National Osteoporosis Foundation and other organisations go even further, recommending bone density testing in all men 70 and older.

“It would be nice to have definitive proof to guide us,” said Endocrine Society chair Nelson B. Watts, director of Mercy Health osteoporosis and bone health service in Cincinnati.

“What the society’s task force reasoned is that the incidence of fractures in men tends to parallel that of women, but five to 10 years later. So ours is a logic-based recommendation.”

In women, oestrogen abruptly plunges at menopause, around age 50.

Men, in contrast, have a much more gradual decline in testosterone, so their fracture risk rises around age 70.

Over a lifetime, fractures are more common in women. Studies show half of women will break a bone, compared with 20% of men.

But when men suffer the worst fracture – a hip – it can be devastating.

Screening is further complicated by insurance and other issues. A big study of Medicare recipients published this year found that hip fracture rates in older women, which declined every year from 2002 to 2012, have leveled off.

Experts speculate that screening has been discouraged by shrinking insurance reimbursement for bone scans, and media coverage of rare, but devastating jaw bone damage linked to bisphosphonates, the most commonly prescribed class of bone-building drugs.

“Most men and women who could get screened are seen by primary care doctors,” said Dr Cauley. “The task force may discourage the screening of older men.” – The Philadelphia Inquirer/Tribune News Service