Next to sugar, salt might be one of the most vilified ingredients in our diets. Practically every resource says we should be eating less of the stuff because it can lead to major health problems. But does that actually mean that the best thing to do is give up salt completely?

The answer might surprise you. While most people need to cut back on salt and sodium (and yes, the two are different!), our bodies still need the stuff to function. What’s more, getting rid of the salt shaker on your kitchen table probably isn’t the most effective way to get your intake in check.

Here’s the real deal on salt, including when it’s good and when it’s bad. Plus, answers to your other salty questions—like whether salt makes you thirsty and whether that pricey pink Himalayan stuff is really a health food.

Salt and sodium aren’t exactly the same thing.
The two are often used interchangeably, but they’re actually a little different. Sodium is a mineral, and small amounts are found naturally in foods like milk, beets, and celery. It’s also added—in much larger quantities—to packaged foods, both for flavor and as a preservative. In fact, around 75 percent of the sodium we get comes from packaged or processed foods, according to the American Heart Association.

Table salt, on the other hand, is a combo of the minerals sodium and chloride. Salt consists of 40 percent sodium and 60 percent chloride, with a teaspoon of the stuff packing around 2,300 mg (that’s a day’s worth) of sodium.

Your body needs sodium. But it’s easy to get too much—and lots of us do.
Even though it gets a bad rap, sodium is essential for our health. “It’s an electrolyte that helps transmit nerve impulses and maintains fluid balance. It also affects muscle’s ability to contract and relax,” explains Becky Kerkenbush, MS, RD-AP, media representative of the Wisconsin Academy of Nutrition and Dietetics. In other words? If you were to cut salt out of your diet completely, you’d be in bad shape.

The problem comes from getting too much. (Which can be easy to do, because hey, salt makes food taste good!) The body only needs500 mg of sodium per day—but the average American gets around 3,400 mg. And going overboard can lead to health issues. Excess salt causes your body to hold onto extra water, which increases your blood volume. That puts more pressure on your blood vessels and forces your heart to work harder. Eventually, this sets the stage for high blood pressure, heart attack, and stroke.

Some people need to pay closer attention to their salt intake than others.
Limiting your sodium intake to a measly 500 mg daily would be tough—not to mention leave your food pretty bland. Fortunately, almost no one needs to keep their intake quite that low.

The most recent Dietary Guidelines for Americans recommend that adults consume fewer than 2,300 mg sodium daily. But some people need to eat less. If you have high blood pressure (or are at risk for it) or diabetes, you should keep your sodium intake below 1,500 mg daily.

Other serious health problems—like heart failure, kidney disease, heart disease, or lymphedema are also cause for curbing your sodium consumption, Kerkenbush says. Your doctor or a registered dietitian can help you determine how much sodium is safe to have.

Cutting back on packaged foods is the best way to keep salt consumption in check. 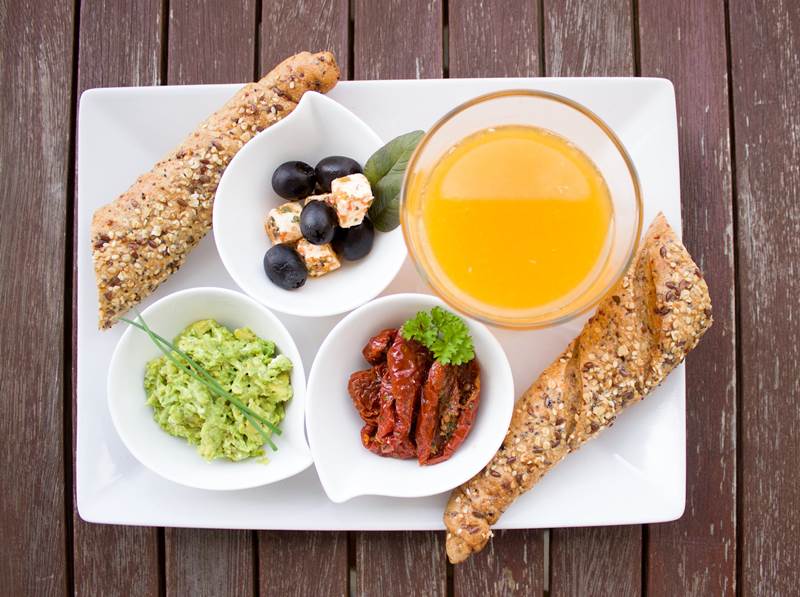 Sure, limiting your use of the salt shaker or finding salt-free ways to flavor home-cooked food both help. But remember, packaged foods account for a whopping 75 percent of our sodium intake. So you’ll automatically trim a ton of excess sodium from your diet just by limiting your consumption of the processed stuff. It’s worth paying attention to the sodium content for these foods, in particular, which the CDC says account for around 40 percent of our sodium consumption:

There are some people who might need extra salt—sometimes.
Sodium is excreted through sweat. So if you work out to the point where you’re really drenched, you might need a little more than usual. But that’s the exception, not the rule. “Most recreational exercisers get plenty of salt in their diet, so sticking with the 2,300 mg recommendation is sufficient,” says Allison Childress, Ph.D., RDN, director of nutritional sciences at Texas Tech University. You don’t need a chug a sports drink after a 30-minute jog or a 40-minute bike ride.

If you’re an elite athlete or you’re exercising for long periods of time (say, an hour or more), or you’re working out in extremely hot weather, some extra sodium might be warranted, Childress says. How much depends on factors like the length and intensity of your workout, but a sports dietitian can help you find your sweet spot.

Eating lots of salt doesn’t actually increase thirst.
Most of us assume that eating lots of salt will make you thirstier. But the opposite seems to be true, according to recent findings. When German researchers had subjects eat a low-, medium-, or high-salt diet, they found that those who were given more salt tended to drink less. In fact, eating more salt seemed to trigger the body to hang on to more water. 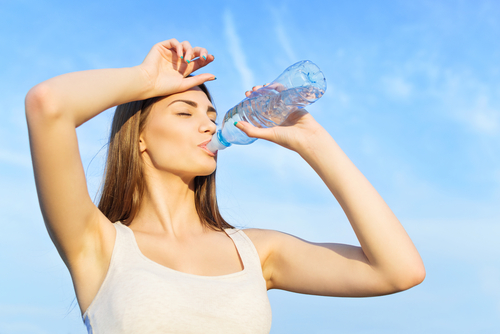 Experts are still figuring out how this fits into the context of our overall health. In the meantime, the best thing to do is to just listen to your body, Childress says. If you find that you’re parched after a salty meal, drink up. But if not, you don’t have to force yourself to guzzle extra liquid.

Are some types of salt better than others?
How does plain old table salt stack up against Kosher salt, sea salt, or trendy options like pink Himalayan salt? From a health perspective, there’s not much difference. “They contain similar amounts of sodium by weight,” Kerkenbush says. And while it’s true that some sea salts may contain more trace minerals than table salt, the amounts are pretty negligible. 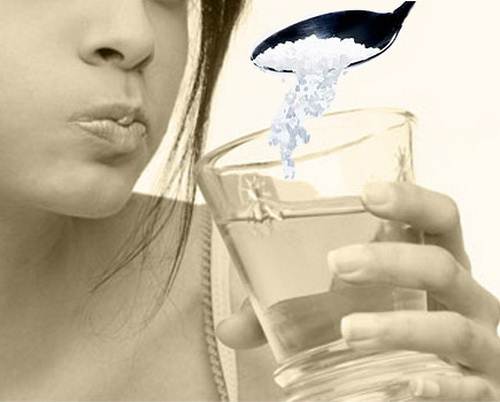 That’s not to say fancier salts aren’t worth using. When sprinkled on top of a finished dish, flaky sea salt adds a crunchy texture that table salt can’t replicate, for instance. And some people simply prefer the flavor of certain salts to others.

The bottom line? Cook with the salt that you like best. Like with different types of sweeteners, your body can’t tell much difference between one type of salt and another. So go ahead and use your favorite—in moderation.