Australians have access to some of the best healthcare in the world, allowing us to avoid many preventable illnesses, receive good care when we’re unwell and live longer. Ironically, this advantage may be fuelling an epidemic of obesity, diabetes and, according to new research, cancer.

The University of Adelaide study found that the world’s wealthiest countries have much higher rates of cancer than much poorer countries.
Looking at cancer rates over four to five generations, comparative anatomy and human evolution expert Professor Maciej Henneberg and PhD student Wenpeng You, analysed global cancer data from the World Health Organisation from 173 countries. 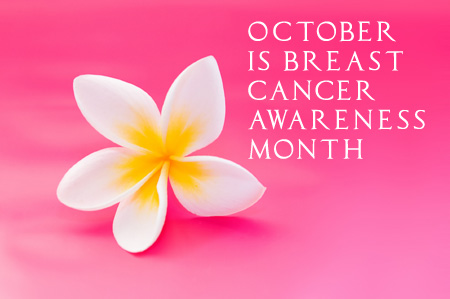 Although treatments have improved, cancer rates have not and worldwide, cancer is now the second leading cause of death after cardiovascular disease. The researchers found that some cancers had quadrupled in the past 100 years and, across the board, incidence was higher in the top 10 countries; countries with low mortality (and fertility) rates, access to quality healthcare and socioeconomic status.

|The Hobbit Trap: Money, fame, science and the discovery of a ‘new species – Book by Maciej Henneberg |

“I realise that our paper may be seen as controversial,” says Henneberg, head of the University’s biological anthropology and comparative anatomy research unit.
But, he adds, this study is the latest in a line of research over the course of 20 years exploring “declining opportunity for natural selection in modern populations”.

“It is a piece in the series of research topics showing that reduction of the opportunity for natural selection through undoubtedly beneficial medical interventions produces side-effects that need to be attended to before they become serious,” Henneberg says.

While most of the cancers that are only “partly heritable”, meaning that genetics may elevate risk but don’t make it inevitable, Henneberg says that mechanisms that repair cancer-causing mutations (which can result from multiple causes including radiation, viruses and tobacco smoke) and susceptibility to mutations depend on the inherited genetic material.

“In short – cancers are not heritable, but a tendency to be susceptible to cancer is,” he says.

While natural selection may result in fewer people without or with less cancer genetic background in countries that are “worse off”, the answer to the problem is complicated.

“The old approach of preventing people with genetic faults caused by mutations from having offspring – eugenics – is entirely unacceptable ethically and morally repulsive,” Henneberg says.

“Therefore we must resort to repairing genes damaged by mutations – to invest more in research on gene repair. This is a very difficult research also fraught with ethical problems of ‘designer babies’. Because of difficulties we tend to sweep this whole area under the carpet while incidence of various faults – not just cancer but also colour blindness, diabetes and metabolic faults related to food processing in the body – is increasing in human populations burdening afflicted individuals and health systems.”

There are behaviours and lifestyle changes we can all make to reduce our risk of cancer, but some factors are outside our control and vary from person to person, cancer to cancer.

To address these factors, Henneberg predicts the future solution lies in the ability of medical science to develop better methods of treatment, “including blocking actions of defective genes”.