It may be possible to detect autism in babies before their first birthdays, a much earlier diagnosis than ever before, a small new study finds.

Using magnetic-resonance imaging scans, researchers at the University of North Carolina were able to predict — with an 80 percent accuracy rate — which babies who had an older sibling with autism would be later diagnosed with the disorder.

The brain imaging scans, taken at 6 months, at 12 months and again at 2 years, showed significant growth in brain volume during the first year in babies who would later meet the criteria for autism, such as not making eye contact, delaying speech or other displaying other developmental delays.

“It’s the first marker of any sort, brain or behavior, in infants, to predict which individuals would be classified as autistic at 24 months of age,” said Dr. Joseph Piven, senior author of the study and director of the Carolina Institute for Developmental Disabilities in Carrboro, North Carolina. The report was published Wednesday in the journal Nature.

Parents who have a child with autism have a 2 percent to 18 percent increased risk of having a second child who is also affected, according to the Centers for Disease Control and Prevention.

The new study is experimental, and more research is needed before MRI scans could be used as clinical tests for autism, Piven said. And because it was tested only on high-risk infants, it’s also unclear whether the procedure would help predict autism in typical, healthy families. But it’s a major step forward in how early autism can be detected, even before symptoms appear.

The MRI scans were taken on 109 high-risk babies who had older siblings with autism and 42 infants with no family history of autism, while they slept at four centers across the country.

By lowering the age of diagnosis for a child with autism, the earlier that behavioral intervention or treatment can be provided — and the more profound the benefits in communication and social skills could be.

“If we can target interventions before autism appears and before the brain changes appear, during a time when the brain is highly malleable or plastic, we can have a bigger impact on the outcome,” Piven said.

Just a few years ago, the average age of diagnosis was about 4 years. There has been increasing success among families and primary practitioners to identify autism in younger children.

“But now we are entering the era of possibly detecting autism before the symptoms are even present,” Piven said.

The findings potentially may also reveal underlying causes of autism at the cellular level, said Dr. Kelly Botteron, a professor of psychiatry and radiology at the Washington University School of Medicine in St. Louis. “Because of the regions that are affected and the way which they’re affected, they can help us learn more about what is causing autism,” she said.

The new study underscores the importance of early diagnosis, regardless of the technique, said Mathew Pletcher, vice president and head of genomic discovery at Autism Speaks, an advocacy and research organization. 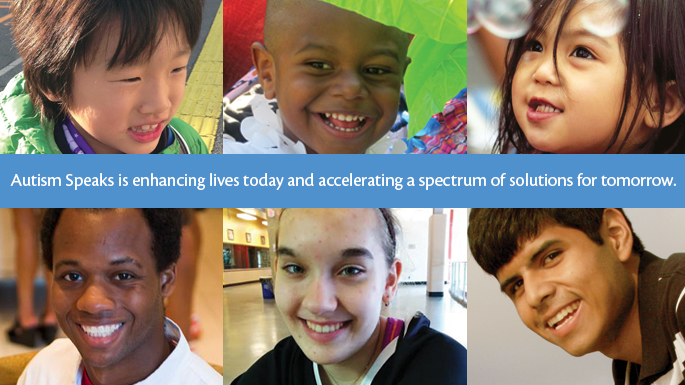 “Decreasing the age of diagnosis, even by a couple years, could have profound impacts for the entire lifetime of that particular person,” Pletcher told NBC News.

Risk factors for autism are not entirely known, but research indicates that the causes include a combination of genetic mutations and environmental factors, including children who are born to older parents