Our hair is naturally white, but it is colored by a pigment called melanin, which is produced by cells called melanocytes.

These are positioned in hair follicles. As each hair grows, it is infused with melanin.

As we age, melanocytes slow down and slowly disappear, reducing the amount of pigment produced, leaving us with gray hair.

Why some people go gray at a relatively young age is down to genetic factors, at least in part, but why it happens after illness or stress is still unclear.

So, recently, researchers at the National Institutes of Health (NIH) and the University of Alabama in Birmingham found some clues in an unexpected place: the immune system. Interferons seemed particularly key. 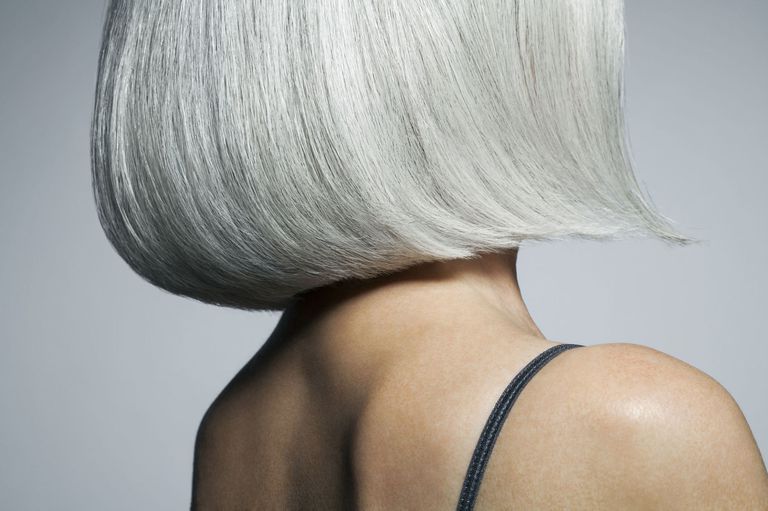 All cells have the ability to recognize invaders, and, when they do, they release interferons. These proteins inform other cells to take action, too, by increasing the activity of genes that block viral replication.

Interferons also activate other immune cells, such as natural killer cells and macrophages.

Lead study author Melissa Harris, an assistant professor in the Department of Biology, explains how they stumbled across this surprising connection between hair color and interferons.

“Genomic tools,” she says, “allow us to assess how all of the genes within our genome change their expression under different conditions, and sometimes they change in ways that we don’t anticipate. We are interested in genes that affect how our stem cells are maintained over time.”

“We like to study gray hair,” adds Harris, “because it’s an easy read-out of melanocyte stem cell dysfunction.”.
The compound that joined the dots between gray hair and the immune system was transcription factor MITF, which is a protein that regulates much of the cellular activity within melanocytes.

The scientists found that MITF is vital for keeping melanocytes’ interferon response under wraps. Without MITF’s control of the response in melanocyte stem cells, the mice’s hair turns gray.

The results were published earlier this week in the journal PLOS Biology.

According to study co-author William Pavan, chief of the Genetic Disease Research Branch at the NIH’s National Human Genome Research Institute, “This new discovery suggests that genes that control pigment in hair and skin also work to control the innate immune system.”

The results might give us more information about why people turn gray early in life or following disease and stress.