Research has suggested that too much running could be bad for you. We already know the positive effects of running; this type of exercise can help to burn fat, increase the amount of lean body bass on an individual, improve mental health, and minimize the effects of life-threatening illnesses later in life such as cancer. However, studies show that people who work out for too long could be just as unhealthy as people who live a sedentary lifestyle. Furthermore, people who run too much are more likely to die than those who exercise more moderately.

Is running bad for you? 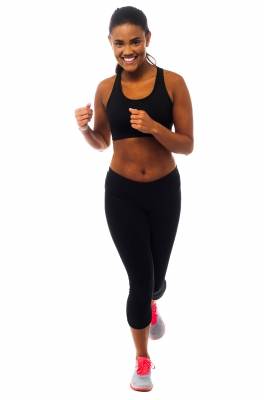 The research was put forward in the British journal, Heart. The editorial piece reviewed years of research on the effects exercise had on athletes, and concluded that although moderate exercise was good, excessive exercise, like running too much, could be damaging to the body. The British journal pointed to a study which had been published in Germany where researchers had compared the hearts of people who had run in a marathon, and other people who lead a more sedentary lifestyle. The results were shocking, and suggested that the runners had a higher build up of coronary plaque when compared to the control group. Coronary plaque build up could increase the chances of heart problems such as heart disease.

How else can running be bad for me?

In another study, where over 50,000 were tracked during a period of thirty years, researchers found that runners were 19% less likely to die early than non-runners. However, theses benefits of running appeared to decreased among people who ran more than 20 miles every week, quicker than eight miles an hour, or ran more than six days every week. Runners who ran for less and exercised less frequently garnered the best health benefits, and their risk of death deceased by a staggering 25%. The results were published in the Medicine and Science in Sports and Exercise, and there are other studies which suggest that too much exercise could be bad for you.

Should I stop running? 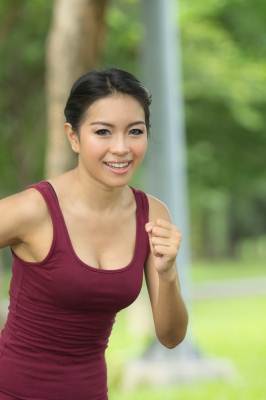 Like with anything life, too much of a good thing probably is. No one is saying that exercise in moderation is good for the body. It can have numerous positive effects on both your physical and mental health. It can help to lose weight and burn fat when combined with an effective diet program, and can ward off the negative effects of depression, especially when endorphins are released during exercise, the pleasure-creating chemicals that are released in the brain. However, too much exercise, such as running too frequently, could do damage to the body over time. Excessive exercise can take its toll on your body, making you lack the energy you need to complete your daily chores.

If you enjoy running, you should comprise an exercise plan that you can stick to, and one that doesn’t cause you to do damage to your body. Always warm up before running and keep well hydrated throughout the run. If you don’t like to carry a small bottle of water with you on your run, leave it in a safe place, like the corner of a park, and then take a sip once you have completed a lap or two.

Author bio:
Andrea is a professional photographer and a part time bloger. She enjoys working out and swimming every day. Living a healthy life is what she is dedicated to. Her husband . loves bodybuilding , and she prefers exercising with him so they often go running together at the local park.