What are Tonsils?
Tonsils are collections of lymphoid tissue in the oral cavity. There is a tonsil on each side at the back of the mouth, they are usually visible with the uvula hanging down between them.

Being lymphoid tissue they play a role in immune function. There is however a lot of other lymphoid tissue in the head and neck so the immune system does not rely entirely on the tonsils for defence against bacteria and viruses. No studies have shown an increase in upper respiratory infections if the tonsils and adenoids have been removed. 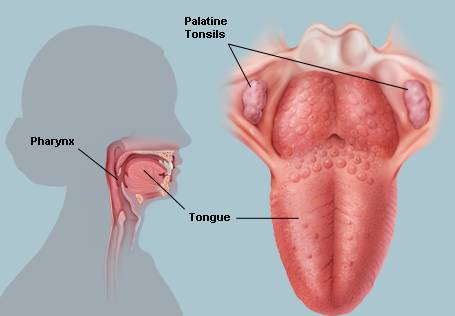 The operation
Tonsillectomy is performed in hospital under general anaesthesia. I do not perform tonsillectomy as a day procedure. All patients will be in hospital overnight after surgery. People with a history of sleep apnoea will need to be admitted to the high dependency area for closer observation of the airway and oxygen levels post operatively.

There are many ways to remove the tonsils, these include gentle dissection, coblation, laser, partial tonsillectomy and the use of a microdebrider.

In the past I have had experience of all these methods. I have found that the safest method with the lowest complication rate and least pain is gentle dissection with complete removal of the tonsils. Bleeding is controlled using ties and limited bipolar diathermy. The objective is to create as little trauma to the tonsil bed as possible. The less trauma caused, the less the inflammation which reduces the likelihood of delayed post-operative bleeding. 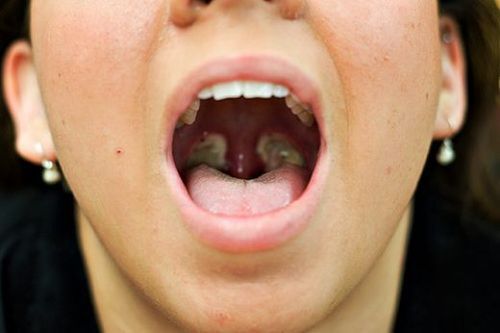 The first night
All tonsillectomy patients are kept in hospital overnight. This allows intravenous access for fluids, anti-nausea and vomiting medication and analgesia. Most people will be able to have dinner but some will not feel like.

Discharge from hospital
Discharge is generally mid morning the day after surgery. Before discharge however tonsillectomy patients must be tolerating a normal diet and consuming adequate fluids. Doctor won’t send anyone home until they are ready.

Diet
A normal diet post operatively is important as the passage of food keeps the tonsil beds clean. A soft diet such as soups and ice cream does not do this as effectively as meat, bread and vegetables.

Activity
Recovery from tonsillectomy takes a good 10 days. I recommend having at least this amount of time off work or school.

Because of the small risk of delayed bleeding I recommend not recommencing sport, running, weights or other strenuous activity for two weeks.

Pain relief
Tonsillectomy in adults it is often quite uncomfortable. It is not unusual for the pain to improve over the first few days and then worsen again around days 5 to 7 as the inflammatory reaction peaks. Referred pain into the ears is also not uncommon.

I have tried a variety of pain management protocols over the years and I believe the following is the most effective;

Appearance of the tonsil beds
After the tonsils have been removed the pockets they sit in are left open. They become covered with a layer of yellow/white slough. This is a normal appearance and does not indicate infection. The breath is normally a little smelly.

Bleeding
Bleeding after tonsillectomy occurs in around 1% of cases. It most commonly occurs the first night whilst in hospital or at around a week post operatively. Bleeds on the first night may need to go back to theatre. Delayed bleeds are usually minor and generally don’t need return to theatre however readmission to hospital for observation it is usually recommended. It is important you contact me if you notice any significant bleeding.

Postoperative instructions
You will be given instructions for care upon discharge. These are also available to download here. At discharge you will also be given a post-operative appointment and my mobile phone number.