People who don’t get the recommended amount of sleep each night are more likely to be overweight and have larger waistlines, according to a new study published in PLOS ONE. But what the study didn’t find was the real surprise: The results showed no relationship between poor sleep and a less healthy diet. In other words, skimping on shuteye may fuel weight gain, even if it’s not fueling a penchant for sugary or fatty foods.

The study involved 1,615 adults in the United Kingdom who were surveyed about their sleep patterns and their normal diets. They also gave blood samples and had their weight, waist circumference, blood pressure, cholesterol, blood sugar, and thyroid function measured. The researchers wanted to see if how long they slept per night would affect these common health measures. 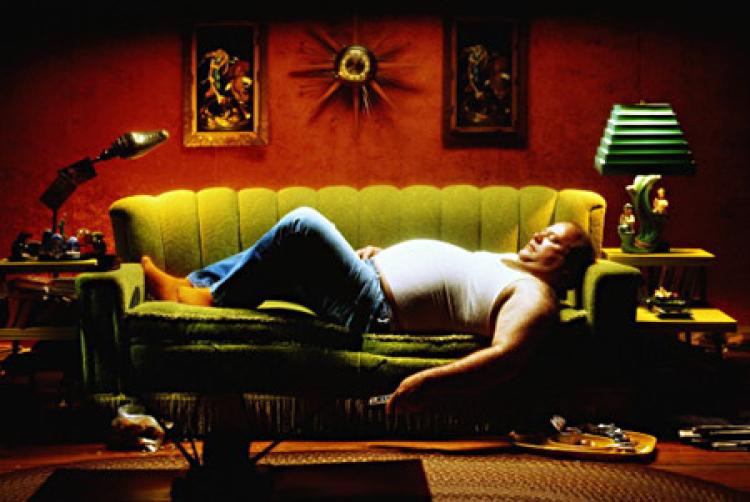 After the results were adjusting for age, gender, ethnicity, socioeconomic status, and smoking status, each additional hour of sleep per night was associated with a 0.3-inch reduction in waist circumference and a nearly half a point decrease in BMI.

Shorter sleep was also associated with lower levels of HDL “good” cholesterol. HDL cholesterol is thought to be protective against cardiovascular disease (although recent research has questioned this) and low levels are considered a risk factor for heart problems, especially among young people.

The relationship between sleep duration and other health issues was less clear. Although the data suggested that short sleep was linked to higher blood sugar and inflammation and lower thyroid function, these findings were not statistically significant.

The study also didn’t find a significant link between sleep duration and diet quality, which surprised the researchers. Other studies have suggested that poor sleep can cause people to crave high-fat and high-sugar foods, and it might reduce willpower, so it’s harder to stick to that pledge to stick to salads and lean protein. In a 2016 study in the European Journal of Clinical Nutrition, people who slept five and a half hours or less per night consumed an average of 385 extra calories per day than those who slept seven hours or more.

Co-author Greg Potter, PhD, a researcher at the University of Leeds, says it’s possible the study didn’t have enough people to detect subtle relationships between sleep duration and diet. It’s also possible that people did not accurately report their food choices, he says. Because the participants were only surveyed at one point in time, he adds, the study offers only a snapshot, and it cannot determine how changes in sleep patterns may affect diet changes.

But if the study’s findings are accurate—and diet really isn’t a significant factor in the sleep-weight relationship—then there must be another culprit. Although the researchers can’t be sure, they suspect that people who sleep less may have slower metabolisms. “A few (not all) previous experiments have found that if you reduce how long people sleep, some people burn slightly fewer calories at rest,” Potter told Health via email.

But regardless of how sleep and weight are linked, Potter says the study supports the idea that sleeping seven to nine hours a night—the amount recommended by the National Sleep Foundation—is not just good for overall health, but good for weight management, as well. “Our findings suggest that people sleeping in this seven to nine hour range are less likely to be overweight than those sleeping less,” he says.

Exactly how much sleep a person needs within that range varies, Potter adds. He recommends that people find a sleep pattern that allows them to wake up naturally in the morning. “If you are regularly waking to an alarm, then you may not be getting as much sleep as you need to optimize your health,” he says.

Potter says the study draws an important connection between the rising obesity rate—which has more than doubled worldwide between 1980 and 2014—and the fact that many people report sleeping less today than they used to. “The message we hope that people take away is that prioritizing getting enough sleep may be an important part of minimizing your risk for obesity and the health problems associated with it,” he says, “as is true of consuming a balanced diet and being physically active.”