Foxconn, the world’s biggest contract electronics maker by revenue is teaming up with U.S medical device companies to expand into the health-care market.

The Taiwan-based iPhone assembler is in talks with Palo Alto-based Varian Medical System to obtain the rights to sell radiation-treatment devices in China.
The move comes after Foxconn also acquired an undisclosed stake in San Diego-based medical device startup, Sotera Wireless Inc., last year. As part of the deal, Foxconn will make sensors and batteries used in Sotera’s medical devices, and has become the U.S. company’s exclusive sales agent in China. Sotera Wireless Chief Executive Tom Watlington said in an interview that Foxconn could eventually take over production of its devices, which are done in the U.S. currently.

It remains uncertain if the U.S. companies can help Foxconn gain a significant presence in the market, but Mr. Wu said he expects its health-care business—which was established in 2009—to ring in revenue of US$200 million by 2020 from US$20 million in 2014, driven partly by China’s rising health-care needs. That would represent a fraction of Foxconn’s annual revenue of US$130 billion. 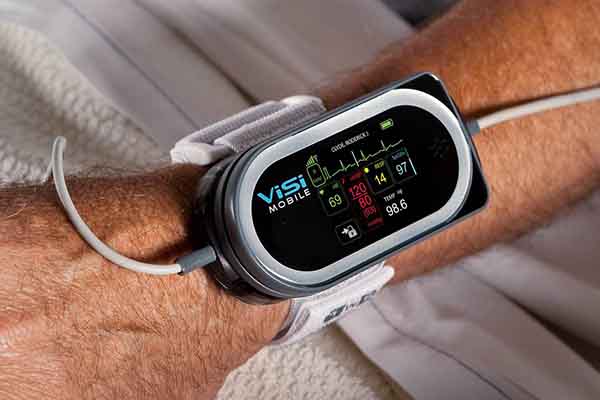 Foxconn’s expansion into the medical devices market comes as it searches for new growth engines and clients amid rising competition in consumer electronics assembly. Apple Inc., which accounts for about half of Foxconn’s revenue, has been diversifying its suppliers to assemble its iPhones and iPads in recent years. Foxconn’s revenue growth slowed to 6.5% last year from 53% in 2010 as Apple shifted more orders to smaller assemblers such as Pegatron Corp. and Quanta Computer Inc.
The idea to expand into health-care originated from Foxconn founder Terry Gou, who lost his first wife to breast cancer in 2005 and his younger brother to leukemia in 2007. The incidents prompted Mr. Gou to donate US$500 million to the National Taiwan University in 2008 to fund the construction and operation of a new cancer treatment and prevention center in Taipei.

Mr. Gou’s donation project paved the way for the establishment of the health-care group within Foxconn and it has recruited hundreds of medical professionals to study the equipment market and identify growth opportunities.
Foxconn has made some changes to its factories to meet the quality standards of medical devices, though analysts say there is little difference in the physical assembly of medical devices compared with making a smartphone.
Over the past the few years, Foxconn has set up dedicated production lines to make blood glucose monitoring devices and sensors that monitor brain waves.

Foxconn executives say medical devices would take more than one year to receive the necessary regulatory approvals in different countries, so it is more challenging than assembling consumer electronics.