Breast cancer is one of the most diagnosed cancer in woman in the world. Author of book ‘Take Breast Cancer off your Menu‘ find the top foods to help you minimise chances of developing the disease.

1. Eat organic.
Not only is it vital to get your five-a-day (or more). But make sure the fruit and veg you eat is organic where possible. ‘Some of the pesticides used on non-organic crops can act like oestrogen in your body,’ says. ‘This is not good because oestrogen fuels most breast cancers.’ Research published in the journal Breast Cancer Research shows that traces of these pesticides can be found in the breast’s fatty tissue. ‘It’s also better to eat organic meat, chicken and eggs as these are not given drugs unless really needed,’ adds Glickman.

2. Cruciferous veg is key
The most vital green veg for breast cancer prevention is the cruciferous variety – including cabbage, broccoli, cauliflower and kale. Traditionally, these antioxidant-packed vegetables were grown for medicinal uses and they still pack a punch today. ‘They contain indole-3-carbinol which helps convert the more dangerous type of oestrogen to a more benign form,’ says Glickman. ‘Cabbage, broccoli, cauliflower and Brussels sprouts are the most protective of all. One study found women who ate the most had a 40 per cent lower risk than those who ate the least.’ To boost your intake, add cabbage and other cruciferous veg to soups and stews. 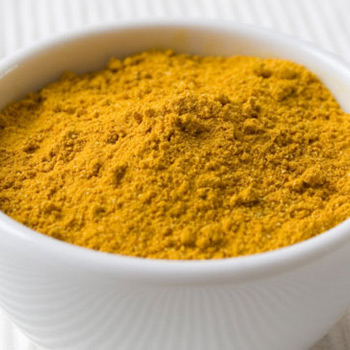 ‘Turmeric is a powerhouse of anti-cancer chemicals,’ says Glickman. ‘It contains more than 24 anti-inflammatory chemicals and helps the liver detoxify dangerous chemicals.’ Used in Asian cooking for thousands of years, the spice is one of the most potent anti-inflammatory substances discovered. It’s also thought to make breast receptors less sensitive to oestrogen. Don’t just save turmeric for curries, try to have some every day, combined with black pepper and some fat (which aids absorption). Toss it into soups and stews or omelettes, or even mix it with organic brown RICE? for an exotic flavour. ‘Having green tea and turmeric together enhances the power of each,’ adds Glickman.

5. Switch to oily fish
Women who eat the most oily fish have the least breast cancer, according to worldwide epidemiological studies. Omega-3 fats, found in cold-water fish, contain two types of fat, DHA and EPA. Clinical studies show that DHA in fish oil may help prevent breast cancer cells from metastasising to the bones. DHA is thought to cause human breast cancer cells to self-destruct. Add fresh salmon to your salads and sandwiches, or try chopped fish and veggies on your pizzas. If you really can’t stand fish, take fish oil tablets to get your dose in.

6. Make a rainbow
Pile your dinner plate with multi-coloured veg – it’s the pigments in fruit and veg that hold the highest levels of antioxidants. Each colour is related to a different plant chemical that can ward off cancer in various ways. Turn to the purple aubergine for cancer-protecting anthocyanins; look to yellow fruit and veg for lutein and zeaxanthin. ‘Every day, new research is published in this area,’ says Glickman. ’To get the best results, aim to eat a rainbow of colours every day. Research shows that eating two or three of these fruit and veg together enhances their protective value,’ says Glickman. ‘This is called synergy and is why homemade smoothies, soups and stews are so valuable!’

Despite being neither plant nor animal, mushrooms contain hundreds of chemicals that support the immune system and help thwart cancer. Test tube studies show several types of mushroom can stop cancer cells from growing. The common white mushroom helps stop male hormones in a women’s body being converted to oestrogen. And the good news is, you don’t need to eat vast quantities of mushrooms to get an anti-cancer effect – just 100 g can do the trick. Try a comforting mushroom risotto or start off your day with a mushroom omelette. Don’t like the flavour? Try a medicinal mushroom supplement.

It’s important to include some raw food in your diet as it contains beneficial enzymes that keep your body in top working order. Raw produce can also offer more nutrients that are normally destroyed by cooking. However, some people find it hard to digest raw food and certain vegetables, such as carrots, yield more nutrients when cooked. ‘The best idea is to eat a mix of raw and cooked foods and to chew all raw foods well,’ says Glickman. If you do find raw food hard to digest, try blending produce into smoothies or raw soups.

Brazil nuts contain the powerful antioxidant mineral selenium, which increases levels of detoxifiying liver enzyme glutathione peroxidase. ‘Low levels of selenium in the diet is linked to a greater risk of nearly all cancers, including breast cancer,’ says Glickman. ‘Taking 200 mcg of selenium a day has been linked to a 50 per-cent lower risk of breast cancer. To get this amount, eat a few organically grown Brazil nuts every day. Selenium is also found in onions, leafy greens and mushrooms, but Brazil nuts have the most. Watch your intake though, the body just needs a small quantity of selenium – higher amounts can be toxic.

A healthy gut flora is useful for cancer prevention because ‘friendly bacteria’ regulate your hormones, particularly estrogen. ‘In one study, probiotic strains lactobacillus acidophilus and bifidobacterium infantis inhibited the growth of cancer cells by 85 per cent after nine days,’ says Glickman. Epidemiological studies have also found that women who consumed probiotics had a lower risk of breast cancer. You can find these friendly bacteria in fermented foods such as yoghurt and kefir, and in fermented vegetables such as cabbage. You can also take probiotic supplements, which contain billions of microorganisms.