There’s a research running will help more than walking to lose weight. Paul Williams, a staff scientist at Lawrence Berkeley National Laboratory in California suggest that running cold lose weight more than walk. The same amount of exercise in adults with a body mass index over 28 (deemed overweight) resulted in 90 percent greater weight loss for runners compared to walkers.
The new study published in the April issue of Medicine & Science in Sports & Exercise, Williams evaluated changes in body mass index (BMI) of more than 32,000 runners and more than 15,000 walkers.

Participants reported their weight and height for the preceding five years. They also supplied their waist size and information on their workouts, including miles run or walked the frequency, pace and any other exercise they did. The result found there some differences between runners and walkers. The walkers were older on average than the runner. 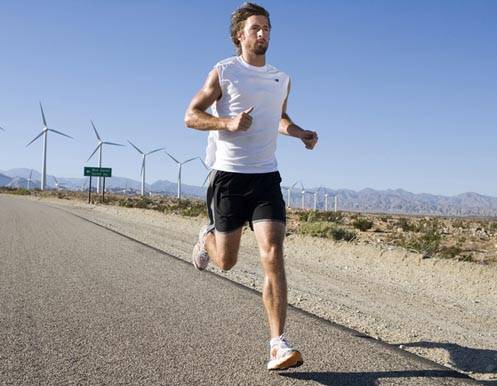 The walkers respondent were more likely to smoke and likely to eat fruit. After six years, both groups lost weight but the male runners and the heavier female runners get the better results.

The result of the research also found that running takes less time to produce the same amount of effort. For instance, the same woman would need to walk 4.6 miles at a brisk pace to expend the effort of running 3.2 miles. The run would take about 40 minutes but an hour and 20 minuters for walker.

The reason running produces more weight loss is metabolic rate remains elevated after the exertcise. It is much less for walkers. It also been shown that vigorous exercisers who overeat are good at compensating later.
People can exercise vigorously without having to jog or run and using other forms of exercise such as aerobic, swimming or cycling. But it is not a bad idea to walk. Walking is still good as running for reducing heart disease risk factors including high cholesterol, blood pressure and blood sugar levels. This study was published online April 4 in the journal Arteriosclerosis, Thrombosis and Vascular Biology.