Older women who take at least one brisk walk a week could potentially reduce their risk of early death by 70%, according to a new study from Harvard T.H. Chan School of Public Health and Brigham and Women’s Hospital.

The study also found that light activities such as housework or window shopping did not affect longevity.

While previous studies have found that physical activity is linked with lower risk of early death, those studies relied on self-reporting, which can be imprecise. The new study is among the first to directly monitor physical activity by using a device called a triaxial accelerometer. 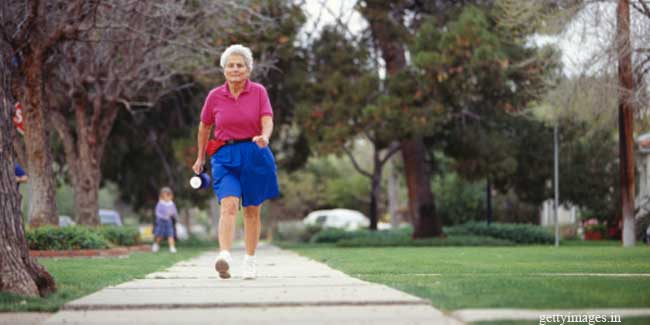 The study looked at nearly 17,000 women with an average age of 72 who wore the monitoring device for at least 10 hours a day for four days. Following the women’s health from 2011-2015, researchers found that, by the end of the study, more moderate to vigorous physical activity such as brisk walking was linked with 60%-70% lower risk of death among the most active women, compared to those who were least active.

“What is irrefutable is the fact that physical activity is good for your health,” said I-Min Lee, professor in the Department of Epidemiology at Harvard Chan School and first author of the study, in a November 6, 2017 article in the Daily Mail.

Senior author of the study was Julie Buring, professor in the Department of Epidemiology at Harvard Chan School.