According to Stats Canada, Fibromyalgia is a condition that affects roughly 390,000 Canadians, although it is thought that the real number is double that number. Many sufferers have to quit their jobs because of the pain associated with their symptoms. The condition, whose exact cause remains unknown, is a condition characterized by widespread pain and a heightened pain response to pressure. Other symptoms for this condition include bowel problems, fatigue, and joint stiffness and sleep disturbance. 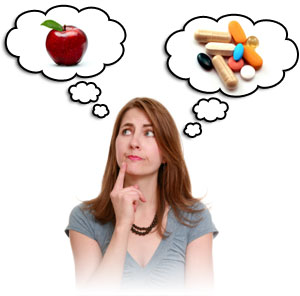 Because this condition is unique to every individual that suffers from it, fibromyalgia treatment has to be equally unique. For this reason, there is a huge focus on testing and evaluation. Doctors need to rule out every possible cause of a patient’s symptoms that isn’t fibromyalgia before settling on that particular diagnosis. Once an official diagnosis is made though, that is when the options for treatment are discussed. General forms of treatment include lifestyle and dietary changes, antidepressants, analgesics, and anti-seizure drugs.

Rarely is a single fibromyalgia treatment used to try and treat an individual’s symptoms. Instead doctors will examine a patient’s medical history and attempt to put together a regimen for him or she based on the individual case. The doctor and patient then watch for signs of change, and adjust the treatment as needed. Generally speaking a good treatment plan should be more than the sum of its parts.

Treatments for this condition are ever-expanding and are being influenced by breakthroughs and advancements in medicine and technology every day. For instance, laser therapy has been used to treat some sufferers, reducing the pain in both joints and muscles through the concentration of light and nothing else. Discoveries in dietary science can affect which foods sufferers eat, and the application of these discoveries can be the key to reducing some people’s pains. Even something as simple as new neurological tests can help doctors determine whether or not a patient is in fact, suffering from this widespread and painful condition.

It’s important to remember that just because a treatment is new, such as a recently unveiled anti-seizure drug, a brand new antidepressant, or a new system of pain-reducing laser, that doesn’t mean it will be the solution for any given patient. Because of the complexity of the condition and how it affects every individual differently, every treatment plan has to be made specifically for the individual whose suffering. There is no general treatment, but these are things that both doctors and patients have to keep in the forefront of their minds.

Health blogger Richard Valmen has been writing about Fibromyalgia for many years, offering his expertise on the available treatments to his readers. Richard highly recommends checking out Fibromyalgia Ottawa for more information about Dr. Joseph Lawrence and the treatments he provides.