People in England are being told to cut back on alcohol, sugar, salt and fat in a bid to boost the nation’s life expectancy by five years. Health Secretary Matt Hancock will set out his long-term vision for the NHS on Monday – and it will focus on preventing illness.

He will say that 10 times more money is spent on treating disease than prevention – which “doesn’t stack up”. The plan also recommends that bosses should do more to keep staff healthy. 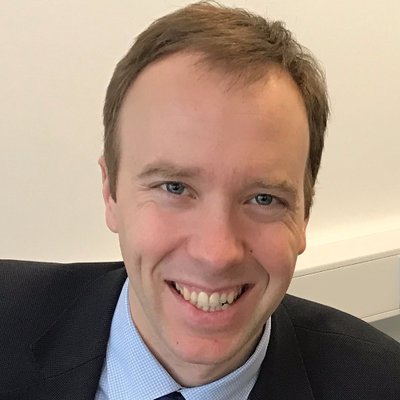 Mr Hancock told BBC Radio 4’s Today programme there needed to be a shift in culture and in the way resources are balanced.

“For too long the NHS has seen itself as essentially the National Hospital Service, with primary care and GPs round the side,” he said.

“I want to see it as the health service of the nation, helping people to stay healthier.”

n his speech later, Mr Hancock is expected to set out his aim for people to have five more years of healthy, independent life by 2035. UK life expectancy is currently 82.9 years for women, and 79.2 for men.
To achieve this, Mr Hancock will encourage people to take more responsibility for their own health.

Mr Hancock is expected to say: “It’s about people choosing to look after themselves better, staying active and stopping smoking.

But he will say the strategy is “not about penalising people”.

“It’s about helping them make better choices, giving them all the support we can, because we know taking the tough decisions is never easy,” he will tell the annual meeting of the International Association of National Public Health Institutes.

The plan also includes ambitions to:

Mr Hancock will add: “In the UK, we are spending £97bn of public money on treating disease and only £8bn preventing it across the UK.

“You don’t have to be an economist to see those numbers don’t stack up.”

The announcement, which is being dubbed the government’s “vision”, will be followed up by a Green Paper in 2019 – a first draft of the plans.

It comes after last week’s Budget, when Chancellor Philip Hammond promised an extra £20.5bn for the NHS over the next five years.

Mr Hancock would not be drawn on how much of the £20bn investment for the NHS would be spent on preventative measures when asked by the Today programme.

But said he wanted to see the “proportion spent on primary care going up”.

Mr Hancock would also not reveal whether the budget for Public Health England would be cut or added to next year, saying its funding for national health programmes would be settled in the spending review next spring.

Families ‘struggle to afford healthy food’
Helen Donovan, from the Royal College of Nursing, welcomed the plans but said they needed to be backed up with serious investments.

“Unless ministers reverse these cuts and start fully funding public health services, these announcements will be dismissed as a litany of hollow promises,” he said.