Our home is our safe haven, a place infused with markers of our tastes, interests, and personalities. We share our homes with people, creatures, and things we love, and they provide comfort and joy.

Yet, our homes can sometimes also pose risks to our health. For instance, gas heaters and stoves, in the absence of proper ventilation, can release enough carbon monoxide to poison us.

Another health hazard lies in all the domestic cleaning products containing bleach. As Medical News Today reported earlier this month, using bleach-based cleaners can lead to chronic lung disease. Other common disinfectants used in the home have been linked with birth defects.

Still, these may not exactly be unexpected hazards: the toxic properties of cleaning products, for example, are no secret, and this is why we keep our stove cleaners stowed safely away, and out of the reach of children or pets.

Other household hazards, however, are nowhere near as obvious. In this article, we will look at the hidden risks in our homes, and investigate when friend turns into foe.

Dishing the dirt on dust

Dust has a way of getting everywhere. No matter how hard we try to keep all the surfaces in our homes shiny, chances are we won’t have managed to rid ourselves of all the dust.

It accumulates in corners that are hard to reach, behind beds and sofas, under fridges, and on top of the tallest shelves. Some of us may even choose to ignore it, since dusting is a real chore and, after all, what harm can a bit of dust do?

Research suggests we shouldn’t be so hasty in dismissing its harmful effects, however. One study covered by MNT last year found that the dust that gathers in our homes is replete with toxic chemicals.

Remember the toxic cleaning products mentioned above? The chemicals released in the air when those products are used combine and settle with dust, covering floors and other surfaces. This hidden enemy, the researchers explain, is particularly harmful to infants and small children, who crawl around or play on the floor.

The analysis of multiple studies looking at the impact of indoor dust within North American households concludes that “a wide array of chemicals used in everyday products find their way into indoor environments across the country, where people, including vulnerable subpopulations like children, are continuously exposed.”

“In this way,” the researchers add, “the indoor environment is a haven for chemicals associated with reproductive and developmental toxicity, endocrine disruption, cancer, and other health effects.”

A viable solution to this problem, the authors suggest, would be to replace toxic products with safer, more environmentally friendly alternatives.

You’ve made your bed, now lie in it? 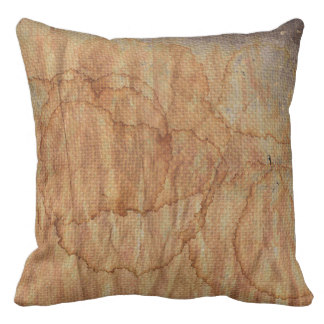 There’s nothing better than crashing in your own bed at night, after a hard day’s work. According to the latest data from the Bureau of Labor Statistics, Americans spend 9.58 hours per day engaged in “personal care, including sleep,” so beds are definitely an important part of our home environment.

This is all the more reason to make sure that our bedware is comfortable and clean. Yet, according to a study from the University of Manchester in the United Kingdom, “most exposure [to allergens] occurs in bed.”

A later study from the same lead researcher, Dr. Ashley Woodcock, found that used pillows are home to a wide array of fungi, including Aspergillus fumigatus, which can cause serious health problems to people with immunodeficiencies.

“Of the three most abundant fungi found, A. fumigatus is a well-recognized allergenic fungus. Indeed more allergens have been identified in A. fumigatus than any other fungus to date,” the authors note.

The researchers say that consistent exposure to this and other fungi, especially in childhood, might trigger asthma. So, what to do? The study suggests investing in hypoallergenic pillows and bed covers.

Another study found that, on average, there are as many as 110 mites per gram of mattress dust.

However, the concentration can vary greatly depending on the level of air humidity, so the researchers advise that reducing humidity by letting in as much fresh air as possible could diminish or even eliminate dust mites.

Dangers of scrubbing up well

Perhaps one of the least expected health hazards is the everyday antibacterial soap, which is so often advertised as the best ally against dirt and unwanted bacteria. A study previously covered by MNT suggested that triclosan — an antimicrobial substance found in soaps and shampoos — was tied with cancer and liver disease.

As a result, the Food and Drug Administration (FDA) banned the marketisation of antiseptic products containing triclosan and another harmful antimicrobial, triclocarban.

“Consumers may think antibacterial washes are more effective at preventing the spread of germs, but we have no scientific evidence that they are any better than plain soap and water. In fact, some data suggests that antibacterial ingredients may do more harm than good over the long-term.”

However, the FDA’s ban doesn’t extend to hand sanitizers or wipes, and triclosan — somewhat controversially — is still an accepted ingredient in some toothpastes, as it is reportedly effective in reducing plaque and gingivitis.

Who doesn’t relish the subtle fragrance of a scented candle in a romantic setting, perhaps perched on the edge of the bathtub in the evening, to help us relax and feel pampered? Some of us probably have hidden stashes of scented candles at home, ready to be taken out and lit on the right occasion.

Yet, some researchers aren’t so sure that the benefits outweigh the risks in the case of these aromatic decorations.

A report issued by the United States Environmental Protection Agency (EPA) in 2001 found that scented candles and incense can be a source of indoor pollution, and some could have negative effects on health.

The report found that burning candles with lead core wicks can result in an air lead concentration that goes above EPA-recommended levels, and that incense smoke could be tied to cancers and contact dermatitis.

In an interview, Dr. Ann Steinemann, from the University of Melbourne, Australia, notes that scented candles — even unlit ones — can be harmful, especially to people with asthma, or individuals susceptible to migraines.

“I have heard from numerous people who have asthma that they can’t even go into a store if the store sells scented candles, even if they aren’t being burned. They emit so much fragrance that they can trigger asthma attacks and even migraines,” she says.

One solution for the candle-lovers among us might be to stick to all-natural, vegetable wax candles which, researchers note, do not produce toxic chemicals.

Speaking of scents, surely there can be nothing more natural than the scent of flowers. Another common sight in the home, potted plants and cut flowers adorn many tables, shelves, and window sills.

Although flowers and other houseplants are a rich source of beauty, pleasant scents, and oxygen, some may need more careful handling and strategic positioning, not because they require more or less sunlight, but because they can be dangerous.

Often, such plants are only toxic when flowers or other parts are ingested, so while they won’t be much of a problem for the discerning adult, they can endanger curious young children, or feline and canine friends.

For instance, the eye-catching and sweetly scented lily has many toxic varieties, such as the calla lily, Easter lily, and tiger lily.

The American Society for the Prevention of Cruelty to Animals (ASPCA) list all three of those as variously toxic to cats, dogs, or both.

Oleander is also highly poisonous, so, if managing cut branches, handle with care, always wear gloves, and make sure to wash your hands afterward. Oleander cuttings should also be placed out of the reach of children and pets.

In terms of potted house plants, aloe is often a top preference for those of us with practical inclinations, since it famously has numerous health benefits. Its gel-like sap can soothe burns, rashes, and has antibacterial properties.

However, what many of us don’t know is that certain parts of the aloe plant — such as the latex “sheathing” from which the gel is squeezed — are actually toxic, so whole-leaf aloe vera extracts can have adverse effects.

Finally, if you’re a fan of cut flowers, there’s another hidden enemy you should be wary of. The stale water in a vase of cut flowers houses up to 41 different species of bacteria, research has found.

This includes 12 species of Pseudomonas bacteria, which can lead to hard-to-treat, stubborn infections, especially in the case of individuals with a weakened immune system.

So, the next time someone brings you a large bouquet that lasts for days, or possibly weeks, make sure to replace the water regularly, to avoid not only nasty smells, but also clusters of unwanted bacteria.