In 2015, the US telco Verizon posted a survey of its customers that revealed 90% used their phone in the bathroom.

There are several reasons to leave your phone or tablet when you’re bathing, grooming or taking care of business, according to a recent USA Today article.

Not the least of these is that your smartphone likely carries more germs than your toilet.

The article cited a 2011 study from the London School of Hygiene & Tropical Medicine in which one in every six phones contained faecal matter. 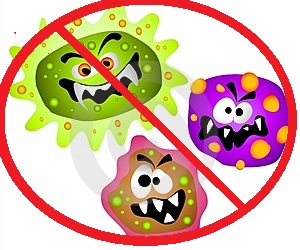 “You’ve got to think of your mobile devices as an extension of yourself,” Jason Tetro, a scientist and author of The Germ Files said.

“Anything your cell phone touches, imagine that’s your hands.”

He told the newspaper that the best way to clean phones is with wipes made for electronics.

Other reasons to not bring tech into the toilet

Germs are just one reason bathrooms and smart devices aren’t a good pairing.

You are one clumsy move away from having your device destroyed by a sink, bathtub or toilet.

Even if your phone is water resistant, the paper asks, “Do you really want to reach into the toilet for your phone?”

The habit is potentially dangerous. People have died using their charging devices in the bathroom.

Earlier this year, a 14-year-old girl from Lubbock, Texas, died after she was electrocuted while using her plugged-in phone in the bath.