I just find the good article but it will make you furious and scared to live. This is the 8 hidden risks of everyday things :-

95 percent of people do not wash their hands correctly. When you consider how big a discovery it was in 1848 that washing your hands makes a difference, we seem to be taking all that for granted at present. Many diseases, including influenza and foodborne diseases, can easily be transferred via handshake, and if the statistics are to be believed, then 19 out of 20 people you meet probably haven’t washed their hands properly by the time they shake hands with you.

And yes, depending on the study, 25 to 50 percent of men don’t even wash their hands after urinating, so almost half the time, you are shaking their junk.

The Danger:  Surprise, surprise, it can actually make you fat.

While the study data is scant at the moment, the studies that have been conducted regarding the nature of diet sodas at least establish that sweetener substitutes trick your body that sugar is on its way, which makes it produce insulin. Insulin is there to regulate sugar in your body, so imagine how it works out for you when there is insulin around but nothing to regulate.

Taking conflicting studies into account, diet sodas may not be worse than regular sodas, but they are certainly no better. If you want to lose weight, you have to cut soda out of your diet altogether, no excuses.

The Danger: Higher chances of high blood pressure, heart attacks, cancer, and diabetes. But wait, there’s more! Poor mental health, obesity, and a bunch of other stuff you never expected to get from just sitting down.

Sitting continuously for four hours or more a day can produce multiple adverse effects. The human body was not built to sit for extended periods of time, and as such, all the above mentioned horrors can and will be more likely to happen to you if you don’t take standing breaks every hour or two to lessen the tedium of being seated. Sitting continuously can kill you. Slowly and painfully.

Meet Lauren Henshaw: a woman who sneezed and then slipped a disc directly because of it. The force of sneezing can sometimes be so impactful that the whiplash could even cause a heart attack. As rare as these occurrences may be, they are not entirely in the realm of impossibility, and all it takes is one good sneeze. On the other hand, suppressing a sneeze can actually rupture your eardrums, so don’t try that, either. 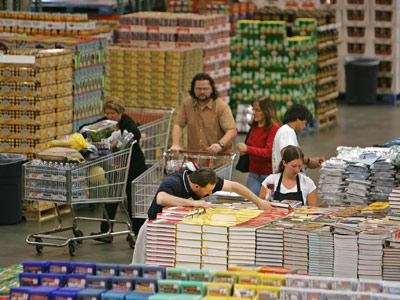 The Danger:  Spending more than you actually normally would, and wastage.

When you buy in bulk, conventional wisdom says that you will spend less to get more of something you already use. The problem is, buying in bulk tends to make us take things for granted, resulting in a lot of wastage. For example, when we buy food in bulk, and the food goes bad over time, or when we buy bottled shampoo, and we go nuts with how much we put in our hair.

The Danger:  Bacteria from fecal matter.

Research has shown that shopping carts have a 72 percent chance of being stained with excrement. Yes, that’s disgusting, but common sense should have actually tipped you off about this, because never in the history of YouTube has someone taken a video of a grocery washing their shopping carts, and this is the same website that features a dude wondering aloud what sound a fox makes. It’s safe to assume that all those grubby paws, kids, “fresh” meat, and so on and so forth have left their mark on the shopping cart you’re using right now.

The Danger:  Light pollution, black mold poisoning, gadget pollution, depression, boredom, and did we mention sitting for hours on end?

Your office. Where do we even begin with this one? Let’s see… for starters, your office is probably prime for light pollution, which generally causes migraines and hypertension, and unlike your house, you can’t just go and close the lights. There’s also Stachybotrys, better known as black mold, and for any offices with poor indoor air quality, they do quite a number on your respiratory system, not to mention eventually make your lungs bleed. Then you have gadget pollution, with some gadgets, including your photocopier. We already know that boredom kills, and so does depression, which is counterintuitively jumpstarted by those team building activities your HR insists you do.

The Danger:  Ink and paper wastage, ironically resulting in more expenses than savings. 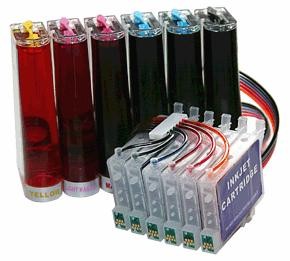 Continuous Ink Supply (CISS) Printers are supposedly meant to save consumers more money and save them time by having you replace ink far less frequently, but it comes at a price. Just a few risks of using them include printhead damage done by DIY replacements, unexpected downtime and leaking tanks, which wastes ink and compromises print quality, which, if you recall, completely defeats the supposed benefits of having a CISS printer.

If you are not a printing house trying to get a bunch of pictures printed as quickly as possible with no regard for quality or leakage, you’re probably better off with a more reliable non-CISS printer.

Wow.. I’m quite surprised as the CISS Printers is one of the dangerous items. Fortunately, I’m not used it but planned to buy it. Maybe I need to buy the original printer without using CISS printer. Other than that, it is common and maybe we could change environment to get better place and stay healthy.