The new mosquitoes is coming to US. The mosquitoes known as Asia tiger mosquitoes are aggressive as it could bite throughout the day, carry disease and lay eggs that can survive winter.

The black and white stripes on its body mosquitoes was first brought to Texas in a shipment of tires as the Wall Street Journal reports. As I’ve mention above this aggressive mosquito will bites all day from morning until night. It’s also bite humans, dogs, cat, birds and other animals. 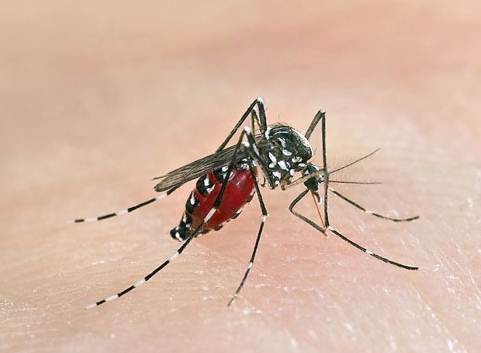 “Part of the reason it is called ‘tiger’ is also because it is very aggressive,”
“You can try and swat it all you want, but once it’s on you, it doesn’t let go.”

The pest can transmit more than 20 disease including West Nile fever, dengue fever, yellow fever and two type of encephalitis. The Asian tiger mosquito has spread to 26 states since its introduction to the United States in the 1980s, the CDC reports. The bug is also found in South and Central America, southern Europe and several Pacific islands.
According to Science News, the eggs are tough enough to survive a cold winter.

To avoid the mosquitoes expanding their territory, experts recommend removing all sources of standing water, wearing insect repellent and covering up with long sleeves and pants to avoid the bloodthirsty mosquitoes.