It is a great news for healthcare as giant filmaker, Disney agreed to ban smoking in all movies under their banner.
Disney Chairman and CEO, Bob Iger’s on Thursday shareholder meeting said ‘“We are extending our policy to prohibit smoking in movies across the board: Marvel, Lucas, Pixar and Disney films,” during the lengthy Q&A period. 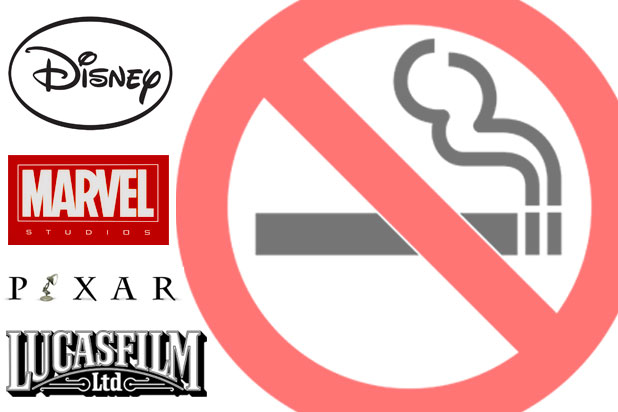 Gina Schuler, the San Francisco healthcare professional, cited a 2012 Surgeon General report that found a link between children witnessing smoking on TV or in film, and then taking up the habit themselves.
There will be one notable exception to the policy: “Except when we are depicting a historical figure who may have smoked at the time” Iger specified. “For instance, we’ve been doing a movie on Abraham Lincoln, he was a smoker, and we would consider that acceptable.”
“But in terms of any new characters that are created for any of those films, under any of those labels, we will absolutely prohibit smoking in any of those films,” he concluded, generating applause.

While previously Disney properties featured smoking scenes, throughout 2014 and the 2015 thus far, there have been no smoking images in any Disney film.
– The Wrap