Magnetic resonance imaging, or M.R.I., is considered one of the safest technologies for looking deep inside the body, because it doesn’t carry the radiation risk of X-rays or PET scans.

“Over all, M.R.I. is a very safe test,” said Dr. Max Wintermark, chief of neuroradiology at Stanford University.

Most concerns about M.R.I.s involve people with metal, such as shrapnel, embedded in their bodies, or someone with an implanted medical device, like a cochlear implant or an older pacemaker. The imaging system’s strong magnetic field can slightly shift or heat up embedded metal and disrupt the activities of medical devices. It can also draw metal objects into the magnetic field, and there are still occasional accidents when standard safety procedures are not followed and M.R.I. magnets have sucked in hospital beds, screwdrivers, oxygen tanks and other metal objects. 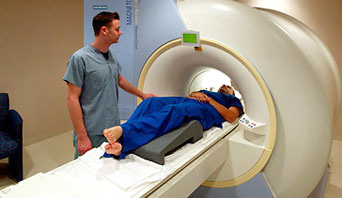 “That’s why we take extreme precautions to know if a patient has a device, so we can take appropriate measures to make it safe for them, too,” Dr. Wintermark said. In some cases, people with implants or embedded metal cannot safely get an M.R.I. and must use a different scanning technology instead.

About 60 to 70 percent of M.R.I. scans are used to look at the brain and spinal cord, Dr. Wintermark said, and another 20 to 25 percent to examine joints. Ultrasound is generally the first choice for abdominal scans, he said, because it costs less than an M.R.I. An M.R.I. can cost anywhere from under $400 to more than $6,000 depending on the facility and body parts being scanned, while an ultrasound typically costs well under $1,000.

The experience of getting an M.R.I. has also improved significantly in recent years, Dr. Wintermark said. The devices used at many medical centers are now wider and shallower — no longer claustrophobia-inducing tunnels — and the loud banging noises have been dampened. “It doesn’t feel as oppressive as it used to,” he said.
M.R.I. technology continues to improve, providing clearer images of soft tissue at roughly the same cost, Dr. Hintenlang said. The technology is now commonly used during surgery and to direct radiation therapy, too.

“I think it’ll be around for a long time,” he said.