Midnight snacking or eating dinner too late could increase the risk of cancer, according to a study showing the damage of disrupting the body’s internal clock. 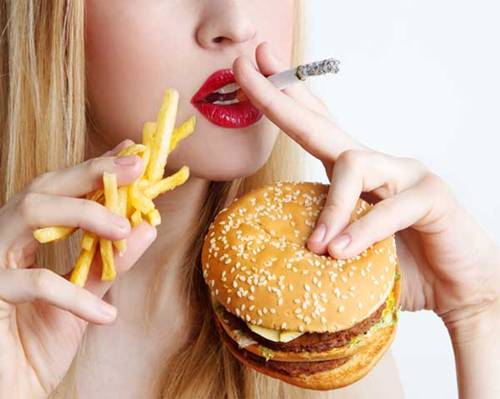 Spanish scientists have found that people who regularly ate their evening meal after 9pm, or less than two hours before going to sleep, had a 25 per cent raised risk of breast and prostate cancers.

The team, from the Institute for Global Health at the University of Barcelona, said it could be a result of late dinners that force the body’s metabolism to speed up, at a time when it should be winding down to go to sleep.

It follows several major studies which have looked at the harm to health of shift work, routine among nurses and manual workers, with these occupations at particularly high risk of prostate and breast cancers.

These types of cancers are closely linked to hormonal cues and are often treated with testosterone or oestrogen-blocking therapies. Hormones are chemical messengers that can make us sleepy, hungry and stressed and are therefore tightly linked to the body’s circadian rhythms – the internal clock which is set by the day-night (diurnal) cycle.

A recent study suggested that employers were actually harming their staff by forcing those who might be natural night owls to come in early.

Employers should let workers have lie-ins to stop them dying early, research has found
“Our study concludes that adherence to diurnal eating patterns is associated with a lower risk of cancer,” said Dr Manolis Kogevinas, lead author of the study published in the International Journal of Cancer.

“[These findings] highlight the importance of assessing circadian rhythms in studies on diet and cancer,” he added.

Working an occasional night shift could kill you, new research suggest
Currently international guidelines on the prevention of cancer don’t mention the potential impact of meal times on cancer, though the World Health Organisation does list shift working as a potential carcinogen.

Studies on the effects of meal disruption on animals have shown “profound effects on health” and the Barcelona group says if more studies replicate their findings there could be a cause for guidelines to be updated.

“Further research in humans is needed in order to understand the reasons behind these findings, but everything seems to indicate that the timing of sleep affects our capacity to metabolise food,” said Dr Dora Romaguera, who led the research.

They surveyed 1,800 Spanish breast or prostate cancer patients, as well as more than 2,000 people unaffected by the disease, about their eating and sleeping patterns, and any steps they take to keep healthy.

It found cancer patients were more likely to be late night snackers even after taking into account other health habits and dietary or sleep patterns.