Weight loss remains a big priority for millions of Americans but permanently dropping pounds has proved difficult in spite of a huge weight-loss industry. But a new study shows how dropping large amounts of weight can still lead to long-term issues for patients as their metabolism may slow dramatically.

The study, published today in the medical journal Obesity Biology and Integrated Physiology, followed 14 contestants of the “The Biggest Loser” TV show six years after they competed.

All except one of 14 contestants had slowed metabolic rates after losing weight, the study found. The researchers followed the contestants six years after their time on the show and found that all except one regained significant amounts of weight.

Out of the 14 contestants, 13 regained weight within 6 years and four are even heavier than they were before the competition began. Only one contestant, Erinn Egbert, sustained weight loss despite having a slower metabolism. She burned 552 less calories than what would be expected for another woman her size, the study found. There was only one contestant, Rudy Pauls, who had an improved metabolism but he underwent weight-loss surgery after the show to reduce the size of his stomach.

While the authors said further research is needed, the study points out how difficult it can be to achieve long-term weight loss.

Producers of “The Biggest Loser” told ABC News they are evaluating the study findings.

“We have comprehensive procedures and support systems in place which we routinely re-evaluate to ensure all contestants receive the best care possible,” the producers said in a statement. “The lead medical doctor on the show, who has worked with the National Institutes of Health on initiatives in the past relating to ‘The Biggest Loser,’ has been made aware of this most recent study and is in the process of evaluating its findings.” 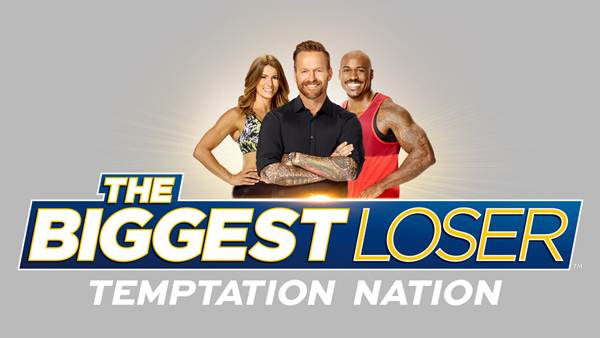 Experts said the study could be important by showing those struggling with losing weight how much of weight loss is physiological and not just a matter of “willpower.”

Dr. Holly Lofton, assistant professor of medicine and the director of medical weight management program at NYU Langone Medical Center, said the study will also help draw attention to the guilt of weight gain. She said her patients often feel a sense of shame if they start to regain the weight or use weight-loss aids.

“Hunger is not a sign of poor willpower and it’s not a sign of you be cheating,” Lofton told ABC News. “There’s a lot of shame and guilt at the idea that they may not be able to keep the weight off on their own without medications or devices or surgery, because that is what the environment has taught us.”

Lofton said she has always told her patients they will not be able to eat as much as a person of the same weight who was not formerly obese, and that she’s gratified that the study has underlined her past recommendations.

“We tell the patient you’re not going to be able to eat normally,” she said. “It does surprise a lot of people, ‘I have to eat that little!'”

Lofton said she thought the study can help people understand more about the difficulty of losing weight.

“I don’t think it’s good news for a person trying to lose weight but it does bring to light that those who can’t maintain weight loss … there’s a reason,” Lofton said.

Dr. Bartolome Burguera, an endocrinologist and director of Obesity Programs at Cleveland Clinic, said the study wasn’t surprising but that it was important to highlight how difficult weight loss can be in the long term.

“When you try to lose weight with a very significant effort in general you cannot keep that level of change in your lifestyle,” Burguera told ABC News. “Your brain wants you get back to what you did before.”

Burguera pointed out that while doctors view obesity as a chronic disease, many patients feel shame for not overcoming their weight gain on their own.

“Losing weight you have to go slowly and you have to make sure you improve your nutrition and become more physically active,” Burguera said. “You should not feel guilt if you gain weight. It’s like feeling guilt it you have diabetes or have cancer,” or any other chronic disease.