Escherichia coli or known as E.coli are a large and diverse group of bacteria. Although most strains of E.coli are harmless, others can make you sick and some could cause diarrhea. 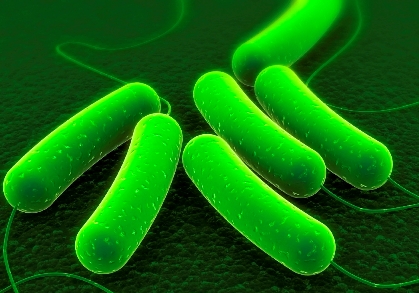 E.coli also cause urinary tract infections, respiratory illness and pneumonia and other illnesses. The cause of E.coli are used as markers for water contamination as it is being found in drinking water which are not themselves harmful but indicate the water is contaminated.

E.coli Signs and symptoms include:

1) Diarrhea, which may range from mild and watery to severe and bloody
2) Abdominal cramping, pain or tenderness
3) Nausea and vomiting, in some people

The most common way to acquire an E. coli infection is by eating contaminated food, such as:

Ground beef. When cattle are slaughtered and processed, E. coli bacteria in their intestines can get on the meat. Ground beef combines meat from many different animals, increasing the risk of contamination.
Unpasteurized milk. E. coli bacteria on a cow’s udder or on milking equipment can get into raw milk.
Fresh produce. Runoff from cattle farms can contaminate fields where fresh produce is grown. Certain vegetables, such as spinach and lettuce, are particularly vulnerable to this type of contamination.

Human and animal feces may pollute ground and surface water, including streams, rivers, lakes and water used to irrigate crops. Although public water systems use chlorine, ultraviolet light or ozone to kill E. coli, some outbreaks have been linked to contaminated municipal water supplies.

Private wells are a greater cause for concern because they don’t often have any disinfecting system. Rural water supplies are the most likely to be contaminated. Some people also have been infected after swimming in pools or lakes contaminated with feces.

E. coli bacteria can easily travel from person to person, especially when infected adults and children don’t wash their hands properly. Family members of young children with E. coli infection are especially likely to acquire it themselves. Outbreaks have also occurred among children visiting petting zoos and in animal barns at county fairs.

1) Age. Young children and older adults are at higher risk of experiencing illness caused by E. coli and more-serious complications from the infection.
2) Weakened immune systems. People who have weakened immune systems — from AIDS or drugs to treat cancer or prevent the rejection of organ transplants — are more likely to become ill from ingesting E. coli.
3) Eating certain types of food. Riskier foods include undercooked hamburger; unpasteurized milk, apple juice or cider; and soft cheeses made from raw milk.
4) Time of year. Though it’s not clear why, the majority of E. coli infections in the U.S. occur from June through September.
5) Decreased stomach acid levels. Stomach acid offers some protection against E. coli. If you take medications to reduce your levels of stomach acid, such as esomeprazole (Nexium), pantoprazole (Protonix), lansoprazole (Prevacid) and omeprazole (Prilosec), you may increase your risk of an E. coli infection.