There is often that belief that pregnant women should eat more food because they are feeding not only themselves but also their babies. While the debate for this is still ongoing for many discussions, we have a list of diet plans that would be advisable during pregnancy. In this article, we will take on three of them and talk about their benefits as well. 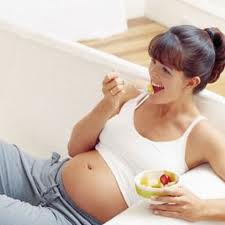 You have probably heard of MyPyramid before but have not seriously taken the plan. To give you a bit of intro, MyPyramid is a system where you can see dietary reference and diet based on the USDA’s 2005 Dietary Guidelines. The nutrition advice supplied here is not universal for all pregnant women though. As it is an online site, you must first select your respective age, sex and activity level (whether or not you’re in the pregnancy stages or are already breastfeeding).

MyPyramid suggests that on the average, pregnant women who are 5’4” tall should only take 2,000 to 2,400 calories a day assuming they are doing their daily 30 minutes worth of exercise. Highly recommended food are six to eight ounces of grains,  two cups of fruits, three cups of vegetables, five to six ounces of meats and beans, three cups of milk, yogurt, and cheese and six to eight teaspoons of oil daily. The diet plan is not too strict as it gives a certain kind of freedom to pregnant women. With this light is the fact that per MyPyramid, an extra 165 to 360 calories can be taken from any of the food categories mentioned.

This plan is mostly advised for those who are in the first trimester or early stage of pregnancy. As the months progress, pregnant women should eat more. All in all, as required nutrition for both the mother and the baby differ in the pregnancy stages, the increase in food consumption every trimester is best consulted with the help of a nutritionist or a doctor, as different cases of the body affect the diet plan later on.

An alternate healthy diet plan to the MyPyramid is the Harvard Pyramid which is formed by researchers at the Harvard School of Public Health. Also known as the “Healthy Eating Pyramid,” this plan is more concerned with the benefits of a balanced diet for pregnant women. Daily exercise is still part of the equation, though there is fuller emphasis on the consumption of fruits and vegetables.

Here, pregnant women are advised to take red meat and refined grains like white bread and rice meanly. As heart complications might arise during pregnancy, especially the first trimester, this system strongly puts hold on the idea that pregnant women should not take alcoholic beverages and food with alcoholic content.

Also, it is in this plan that the intake of vitamin B folic acid (400 mg) every day would benefit pregnant women as this element reduces the risk of having birth defects and injuries of the baby in the spine and the brain.

Baby Centre has specifically made a health plan or food planner for pregnant women. This plan consists of helpful tips for each trimester in the whole pregnancy duration. In the first three months of pregnancy, food that are rich in folate is the limelight of the diet since it is during this phase that the baby inside the mother’s womb develops his nervous system. Iron-rich meals are also highly recommended to keep iron at an optimum level particularly when the blood volume rises up.

For the second trimester, pregnant women are encouraged to eat foods that are high in calcium and vitamin D content and those rich in omega 3 fatty acids. This is to promote strong bone and brain development for the baby. For the last three months of pregnancy, women should take energy boosters such as those foods containing vitamin K to help blood to clot.

It is smart and wise that as early as the first week to first trimester of pregnancy, the mother should be knowledgeable in taking nutritious food that are beneficial for her body and the baby’s. Since both of their health are put at stake, pregnant women must follow and practice a healthy diet plan to promote the baby’s growth until delivery day.

Jessica is a freelance writer, she’s an aerobic Instructor and a frequent runner.  She’s fond of experimenting in the kitchen to make healthy and easy to prepare recipes for her nieces. She’s also into almost all types of music genre and knows how to play the guitar. Follow her adventures on her Twitter.