People with autism have too many synapses the connectors by which brain cells send and receive signals – according to a new study that may point to a treatment for the complex disorder.
The extra synapses in autistic brains are the result not of overproduction but of a failure in the normal process of discarding old and degraded cells. 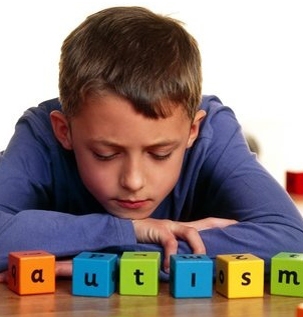 Researchers at University of Columbia were able to re-establish the brain’s ‘pruning mechanism’ in mice genetically modified to simulate autism. They used a drug called rapamycin to block a protein mechanistic target of rapamycin which in autistic patients goes hyperactive and blocks the brain’s natural ability to cult synapses.

According to findings published in the Neuron the researchers saw a reduction in typical autistic behaviou in the treated mice.
‘ We were able to treat the mice after the disease had appeared’ said Columbia Univerisity neurolbiologist  David Sulzer, lead author of the study.

This is crucial because autism does not becoma apparent at birth but later in childhood. Newborn brains produce an enormous quantity of synapses as they grow, but later in childhood and adolescence they prune many of these connections to allow the different sections of the brain to develop without being over-whelmed, neurologist said.
This study analysed tissues from the cerebral cortex from 48 cadavers of subjects ranging in age from two to 20 at their deaths. Of the subjects, 26 had been diagnosed with autism, and 22 were not. Early in childhood, both groups had similar numbers of synapses, the study found. However, a 19 year old without autism had around 41 per cent fewer synapses than a young child whila an autistic 19-year old had far more.

The neurologiss noted also that the excess of synapses increase the risk of epilepsy,
– AFP