In an effort to save half a million lives each year, the World Health Organisation (WHO) on May 14, 2018, urged developing nations to follow the lead of affluent countries and eliminate man-made trans fatty acids from their food supplies.

By taking six specific steps, officials from the United Nations’ health agency said countries could reduce a tidal wave of heart disease and strokes that results in more than 500,000 deaths annually.

“Trans fat is an unnecessary toxic chemical that kills, and there’s no reason people around the world should continue to be exposed to it,” said Dr Tom Frieden, the former director of the US Centers for Disease Control and Prevention (CDC) who now leads an initiative called “Resolve to Save Lives”.

For the WHO to throw its weight behind a worldwide trans fat ban “is very helpful”, and countries that follow its advice will see a substantial payoff in improved public health, said Dr Walter Willett, a professor of epidemiology and nutrition at Harvard University.

“The cost of transitioning to healthier fats is very small and the cost of treating cardiovascular disease is very high,” said Dr Willett, who was among the first researchers to call out trans fats’ dangers and led the effort to ban them.

Some trans fats occur naturally in dairy foods and meat from ruminant animals. These do not raise major health concerns.

Industrially-produced trans fats, on the other hand, have helped fuel an epidemic of cardiovascular disease since they were broadly introduced to the food supply in the 1950s. These fats are made by adding hydrogen to vegetable oil, converting liquid fats to a solid at room temperature.

These “partially hydrogenated” oils made processed foods cheaper to produce while extending their shelf life, and they quickly became an ingredient in bakery and snack foods devoured across the world.

By the mid-1990s, scientists began to turn up evidence that consuming trans fatty acids throws blood cholesterol out of whack, raising levels of LDL (the bad kind) and reducing levels of HDL (the good kind).

Once public health researchers linked the growing use of industrial trans fats to rising US rates of heart disease, they spearheaded an effort to expunge the fats from the American diet.

By next month, food manufacturers supplying US consumers are expected to have reformulated their products to drive down trans fats to negligible levels. That process has taken five years, and has met with only muted resistance from large food manufacturers.

The US Food and Drug Administration (FDA) has estimated that reducing trans fat in the US diet could prevent as many as 20,000 heart attacks and 7,000 deaths from heart disease each year. That’s in line with studies that measured the impact of trans fat limits in Denmark and the US.

A 2016 study of New York City’s ban found that restricting the industrially-produced fats drove down cardiovascular deaths by 4.5% and produced annual savings of US$3.9mil (RM15.42mil) per 100,000 people.

But as wealthy countries have acted to expunge trans fats from their citizens’ diets, the ill effects have shifted to countries that rely heavily on trans fats to deliver inexpensive processed foods to their growing middle classes.

The WHO initiative launched on May 14, 2018, dubbed REPLACE, outlines a sequence of actions that countries should take to reduce trans fatty acids in their food supplies.

It calls on governments to work with legislatures, non-governmental organisations, oil and food manufacturers, and their citizens to enact measures that mandate the replacement of industrially-produced trans fats with healthier fats and oils.

New York University food scientist Marion Nestle praised the initiative as one that will help consumers make healthier decisions without taxing their willpower.

The fact that developed countries have been able to reduce trans fat shows that it is technically and politically possible, added William J. McCarthy, a professor at the University of California, Los Angeles’ Fielding School of Public Health.

“The problem in poorer countries is that there isn’t as much surveillance and government oversight of the food supply, and in their absence, you find the small-time vendors much prefer the use of these particular hydrogenated fats,” he said.

The profit motive is going to favour their use until there’s enough political will to intervene. “Just as with control of tobacco products, it takes money, resources and political will to enforce regulations that a lot of food vendors would prefer not to have.” 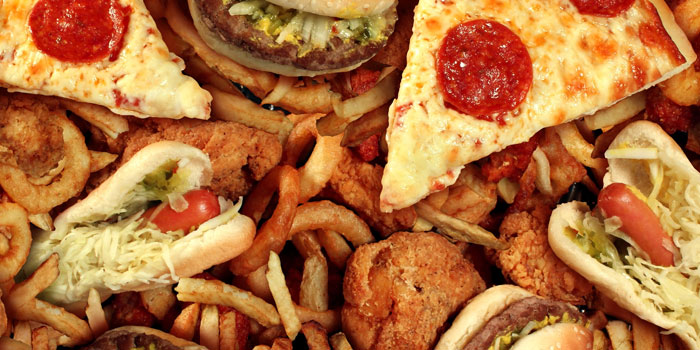 The WHO has held up two countries – Iran and South Africa – as models for other low- and middle-income nations to follow.

In 2008, South Africa became the first developing country to enact legislation against trans fatty acids, setting a limit on the trans fat content of oils and fats for human consumption of 2 grams per 100 grams.

Experts said it worked because it did not target big food companies, but the manufacturers of industrial fats, a consolidated industry with few players.

Another success story is Iran, a country with the highest recorded intake of trans fats in the world. Starting in 2005, Iran’s government collaborated with oil manufacturers, oil importers and non-governmental organisations to reduce trans fats.

The government first mandated that the cap on trans fats in corn oil, palm oil, frying oil and mixed liquid oils be cut in half, from 20% to 10%. In 2011, the government continued reducing allowable trans fat content, and has now met its 2018 goal of no more than 1% trans fat content in those oils.

Important Things you should know before to Get a Mammogram