The “commonly held” notion that pregnancy is a cause of long-term weight gain has been challenged by new research, which suggests unemployment and depression are instead likely factors.

A study from the University of Canberra tracked the weight of 8,000 young women over 15 years, comparing the results of those who became mothers with those who did not. 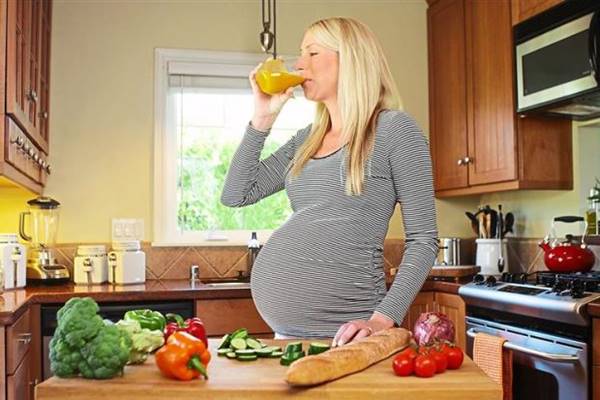 “The common perception in laypeople, but also researchers, is that pregnancy probably has a really significant role in weight gain in women over the long term,” researcher Deborah Davis said.

“We divided up those who’d had babies with those who hadn’t had babies, and looked at the weight gain over 15 years.

“Ones who had babies didn’t have a different weight gain to women who didn’t.”

While it is normal to see moderate weight gain during pregnancy, Professor Davis said women only needed to eat a little extra.

“Women don’t need twice the calories when they’re pregnant, they do need a little bit more,” she said.

“I think that’s an amazing thing, that a woman can make a whole person on not a lot of additional calories each day.

“Women should really concentrate not on the volume of food, but really on eating good food — really nutrient rich.”

Over the 15-year period, it was found that most women gained a small amount of weight, but the difference between women who had children and those who did not was insignificant.

The study examined other factors influencing weight gain, finding that university education and high levels of exercise were indicators of smaller weight gain.

Professor Davis said while a link between depression and weight gain was found, the study did not conclude whether one factor caused the other.

A link was also established between unemployment and increased weight gain.

“It wasn’t about how much income you had, but if you had no paid job you were more likely to have a bigger weight gain,” she said.