KUALA LUMPUR: THERE is not one ozone machine run by the mushrooming number of beauty parlours operating out there that is registered. Under the Medical Device Act 2012, the operators of these machines, who are claiming that they are the answer to many health complications, are required to register them with the Health Ministry. But they are closing one eye to this requirement and taking advantage of the increasing demand for “alternative treatments”, to offer the use of these machines. If you investigate this site, you will know that ozone machines at beauty parlours are bound by regulations similar to those governing the use of haemodialysis equipment. As the operators compete aggressively with one another, almost all of them will make unsubstantiated promises to draw more people to take up the services they offer.  One popular line is that the therapy can address hundreds of health issues afflicting “patients”, including chronic illnesses. These operators, in total disregard for the law, are also contravening the Medicines (Advertisement and Sale) 1956 (Revised 1983) Act, which clearly prohibits them from making claims about 20 chronic illnesses, including kidney and heart ailments, diabetes, asthma, drug addiction, erectile dysfunction and cancer. In fact, under the law, no one operating ozone machines can claim that they bring health benefits. Doing so is akin to making false claims and the offence is punishable by a maximum fine of RM200,000, or three years’ jail, or both. Health Deputy Minister Datuk Seri Dr Hilmi Yahaya cautioned the public against going for ozone therapy. “Ozone therapy is very dangerous because it uses O3 gas (additional oxygen atom), and if it goes into the blood stream and form bubbles, it will travel to the person’s brain or heart. “This can be deadly,” he told the New Sunday Times’ Special Probes Team. 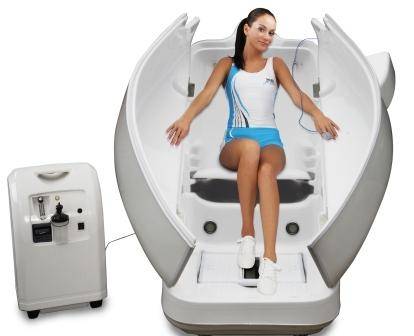 The team also sat with the Malaysian Medical Device Authority (MDA), which is an agency under the Health Ministry, as well as its enforcement unit, to dissect the issue. Its chief executive officer, Zamane Abdul Rahman, said the law required those employing or operating medical machines with the slightest suggestion of health benefits to register with the MDA. Those who import these machines also have to apply for a licence. “By mid-2017, we will make sure they are all registered with us. “The MDA strives to ensure that medical devices in the country are of high quality, effective and safe in order to protect public health and safety”. Registering its use means that applicants have to provide medical and clinical proof of how exactly their devices function, how they benefit the users and guarantee their safety. “For instance, if a beauty parlour claims that its ozone machine can “help” a heart patient, they must prove it,” he said. For the record, if any of them could do that, they would be making history as to date, medical experts themselves had not been able to do so.

Zamane said failure to meet both the registration and licensing requirements, could see them being dealt with under the Medical Device Act. He and his team said an aggressive, integrated and sustained campaign against illicit operators of ozone therapy machines would be mounted immediately. He also told the NST Special Probes Team that his office had also banned the import of ozone therapy machines (unless by those authorised) and that the Customs Department had been notified of the ban. “We found that many beauty parlours were bringing in ozone machines, manufactured by dubious sources from China, Taiwan and South Korea.” The MDA will be going to the ground with enforcers from the Health Ministry’s Pharmaceutical Services (BPF) and Medical Practice (MPD) divisions.  The plan is for pharmaceutical product enforcers to go after many of these ozone therapy centres, which are also offering other treatments, including illegal beauty injections, as well as using medicine that only doctors can prescribe.

The doctors from MPD will, meanwhile, go after their colleagues, allegedly engaged by scores of these beauty parlours to perform  procedures, ultimately going against their Hippocratic Oath and putting the public’s health at risk. If the laws governing this sector are observed, there is no way that ozone therapy could be legally offered in this country. This is because heparin, a blood thinner, which is a prescription drug, must be instituted into the blood before starting the procedure. The problem is, doctors cannot participate in the process. For the record, the Malaysian Medical Council and the Health Ministry had, in 2011, warned doctors against getting involved in any unsanctioned “alternative” treatment. In exposing this issue, the team spoke to, among others, those who had undergone the therapy. The MPD is also aware of “horror stories” associated with the use of ozone machines, including that of singer and actress Ika Nabila, who experienced complications in the midst of her therapy (see story on next page). She, like many of her colleagues now, have sworn off beauty treatments that were not sanctioned by the Health Ministry. A health expert, meanwhile, shared with the team the risks of using ozone machines.

He debunked the myths used to promote the therapy. Universiti Kebangsaan Malaysia Medical Centre’s environmental health physician and toxicologist Associate Professor Dr Mohd Hasni Ja’afar said the ozone gas could interfere with the body’s immune system and cellular DNA. “Ozone is a useful oxidative germicide that is very effective in killing bacteria. “It is commonly used to disinfect hospital wards. “But there are a number of health risks that come with ozone therapy that the public must be aware of. “They may experience a potentially catastrophic drop in blood pressure, get infections, hypothermia and air embolism — all which can lead to death,” he said.  The doctor said while ozone was used to treat joint pain, skin and limb problems (where wraps or bags are applied on treated areas), using ozone as a so-called blood-cleansing therapy must not be attempted. “There is no clinical evidence to support claims of health benefits as being promoted… what is clear is the risks that come with it,” he said.