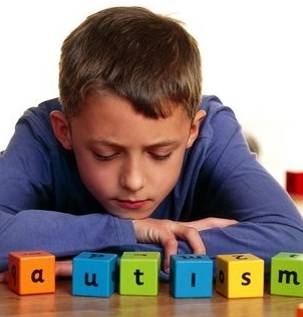 The research from Harvard School of Public Health(HSPH) found that early life exposure to pollution including diesel particulates, mercury and lead, could contribute to high risk of autism disorders among kids. The conclusion come after they analyze data from 116,430 nurses participating in the Nurses’ Health Study II, an on-going survey that began in 1989. The result involved 325 autism children and most of them lived in areas with higher levels of pollutants than those who didn’t have children affected by the development disorder.

The study over 500 kids found that autism kids were two to three times more likely than other kids to have been exposed to car exhaust, smog and other air pollutants early on.The studies has been published online in the journal Environmental Health Perspectives, the scientists surveyed pollution exposure and autism rates across the entire U.S.

Our results suggest that new studies should begin the process of measuring metals and other pollutants in the blood of pregnant women or newborn children to provide stronger evidence that specific pollutants increase risk of autism,” said senior study author Marc Weisskopf, an associate professor of environmental and occupational epidemiology at HSPH, in a statement. “A better understanding of this can help to develop interventions to reduce pregnant women’s exposure to these pollutants.”

The connection between air pollution and weight gain also dramatic as researchers measured polycyclic aromatic hydrocarbons (PAHs) found in cigarette smoke and car exhaust and found that kids born to mothers with the highest PAH levels during their third timester had a 7% greater risk of becoming obese.

There’s still not clear relationship between pollutants and childhood development but toxic could result from blood vessels that contract or harden prematurely in an effort to protect tissues from excess exposure to the chemicals. That idea is supported by some studies in adults that have linked exposure to air pollution with hardening of the arteries and a higher risk of heart disease.