There another result from the researcher that women with post-traumatic stress disorder are more likely to be overweight or obese than women without the condition. The researcher from Columbia University’s Mailman School of Public Health, New York found that one in nine women will have post-traumatic stress disorder (PTSD) at some point in her life. It is twice as often as men.

The lead researcher Karestan Koenen said ‘ PTSD is not just about mental health, but also has physical health consequences’. The asoociate professor of epidemiology, Karestan Koenen said ‘ This, in turn, has consequences for the risk of heart disease and all the adverse outcomes associated with obesity’. The linked between PTSD to weight gain still unclear but Koenen said it may be caused by the high levels of hormones released because of stress. 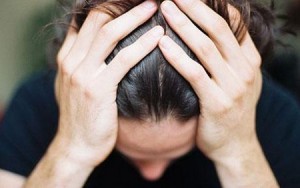 She also said that the hormones are involved in a range of body processes including metabolism. Koenen said ‘ In addition, women with PTSD may change behaviors that lead to obesity. There is evidence that people under stress crave high-calorie processed foods, so it could be diet. These women also are less likely to exercise’.

The new report was published Nov 20 in the online edition of the journal JAMA Psychiatry. The data collected by more than 50,000 women who took part in the Nurses’ Health Study II between 1989 and 2009. Their ages ranged from 22 to 44 at the study’s start. The women were asked about the worst trauma they experienced and if they had symptoms of PTSD. Symptoms included re-experiencing the traumatic event, feeling threatened, avoiding social situations and feeling emotionally numb. PTSD was defined as having four or more symptoms over a month or more.

The researchers found that women orginaly of normal weight who developed PTSD had a 36 percent higher risk of becoming overweight or obese, compared to women who despite experiencing trauma didn’t develop PTSD. This finding held even after taking into account other factors that have also been considered major factors in weight gain. The study period began for those women who had PTSD, weight increased more rapidly than it did among women without PTSD.
Although the study found an association between women having PTSD and a higher risk for obesity, it did not establish a cause and effect.