For many years, diabetes cases have largely been classified as either type 1 or type 2. But a new study suggests that there may actually be five different types of the disease—some of which may be more dangerous than others. A new classification system could help doctors identify the people most at risk for complications, the study authors say, and could pave the way for more personalized and effective treatments. 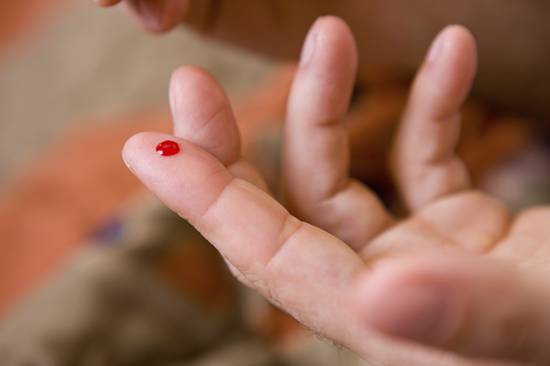 The research article, published in The Lancet: Diabetes & Endocrinology, calls attention to the need for an updated diabetes classification system. The current system “has not been much updated during the past 20 years,” the authors wrote in their paper, “and very few attempts have been made to explore heterogeneity of type 2 diabetes”—despite calls from expert groups over the years to do so.

Meanwhile, they wrote, diabetes is the fastest-increasing disease worldwide, and existing treatments have been unable to stem the tide or prevent the development of chronic complications in many patients. One explanation, they say, is that diabetes diagnosis is based on only one measurement—how the body metabolizes glucose—when the disease is actually much more complex, and much more individual.

Currently, diabetes is classified based mainly on age of diagnosis (younger people often have type 1) and on the presence or absence of antibodies that attack beta cells, which release insulin. People with type 1 diabetes have these antibodies—and therefore cannot make insulin on their own—while people with type 2 do not. Their bodies make insulin but don’t use it the right way.

Based on these criteria, between 75% and 85% of people with diabetes are classified with type 2, the authors wrote in their paper. A third subgroup of diabetes, known as latent autoimmune diabetes in adults (LADA), has also been discussed in recent research.

But the study authors, from the University of Gothenberg and Lund University in Sweden, say additional subgroups are needed. To demonstrate their argument, they analyzed health data from nearly 15,000 Swedish people with type 2 diabetes, focusing on six variables that had been measured and recorded at the time of their diagnosis: age, body mass index, the presence of beta-cell antibodies, level of metabolic control and measures of beta-cell function and insulin resistance.

The study results suggest that a new classification system could help identify people at high risk of complications and better guide doctors in their choice of treatments, the authors wrote. They’re currently working on a web-based tool that could assign patients to specific clusters.

Specifically, they wrote, SIDD and SIRD are two new, severe forms of the disease that were “previously masked within type 2 diabetes.” They found that the risk of kidney complications was substantially increased in patients with SIRD, while the risk of diabetic retinopathy was highest in those with SIDD. “It would be reasonable to target individuals in these clusters with intensified treatment,” they wrote.

The researchers say their classification system could be helpful for both newly diagnosed patients as well as those who have had type 2 diabetes for many years. However, it’s not yet clear whether patients can move between clusters over time, and the authors say they can’t yet claim that their clustering method is the best classification system for diabetes subtypes. Larger studies, that include additional variables and more diverse populations, are still needed.

But overall, the authors say that combining several different measurements to form a more specific diabetes diagnosis appears to be more useful than using just one—glucose levels—to simply diagnose type 1 or type 2. “This new substratification could change the way we think about type 2 diabetes and help to tailor and target early treatment to patients who would benefit most,” they wrote, “thereby representing a first step towards precision medicine in diabetes.”