Chinese herb is very popular as an alternative medicine. One of herb called ‘ thunder god vine’ has shown better than a widely-prescribed pharmaceutical drug at easing rheumatoid arthritis. The herb known in Mandarin as lei gong teng has been used in China to treat this potentially crippling autoimmune disease. 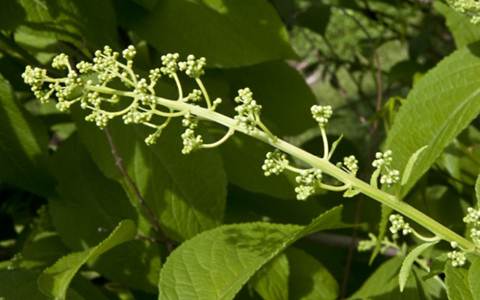 Extracts of the herb have already fired the interest of drug laboratories as they contain hundreds of compounds that could ease inflammation and immune response.

The study published in British journal BMJ Open, Chinese researchers recruited 207 patients with rheumatoid arthritis and gave the herb. After six monts the patients were given a doctor’s assessment and were also asked if they felt any change. From the 174 patient who completed the trial, 55% of those on the herb attained ACR 50, compared to 46% among those treated with methotrexate alone.
Tha ACR 50 is benchmark for improvement which indicates a 50% improvement in the tally of tender or swollen joints and other criteria such as pain and disability.

From the result it also shown that the group which took the herb and methotrexate combination nearly 77% achieved the ACR50 measure of improvement. The investigation led by Xuan Zhang, a rheumatologist at the Peking Union Medical College Hospital in Beijing acknowledge several limitations. One was that the doctors who treated the patients and the patients themselves knew what medication was being taken, although outside assessors were brought in to verify the result.
The trial also too short to see if the herb arrested progression of the disease rather than eased the symptoms.
– AFP RelaxNews