Two drug companies have reported delays in shipping flu vaccines for children this season, leading some doctors to run out of the needle-free, nasal variety that are especially popular with kids.

MedImmune has announced that “unforeseen challenges” in production have delayed shipment of its FluMist nasal spray vaccine. The company has shipped about 5 million doses, a fraction of the 15 million that MedImmune announced it would distribute this season. In a statement, MedImmune said it plans to continue shipping “a significant number of additional doses” of vaccine as they become available, until the end of the year. 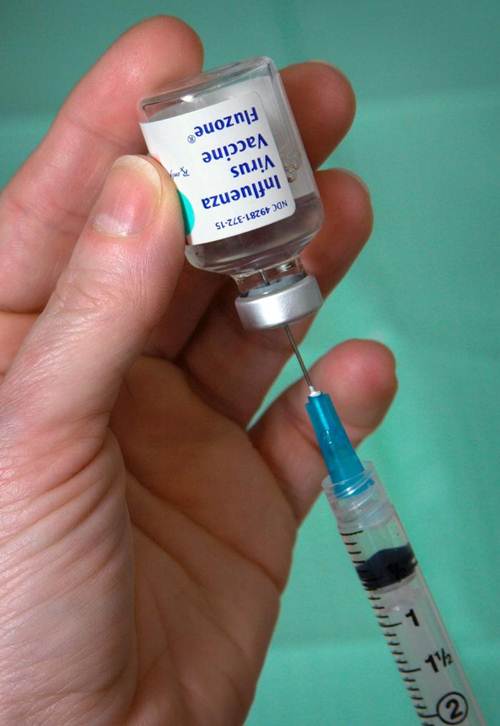 Some pediatricians already have run out of the nasal vaccine, which is only made by MedImmune. It’s approved for people ages 2 to 49. The Centers for Disease Control and Prevention recommends annual flu shots for everyone over age 6 months.

Sanofi Pasteur said it’s also running two to three weeks behind schedule shipping pre-filled syringes of its Fluzone vaccine, given as a shot in the arm. Both of the delayed vaccines protect against four strains of influenza.

Vaccines in pre-filled syringes are typically given to children. Sanofi has said it has shipped plenty of vaccine in multi-dose vials, which can be used for children.

Manufacturers had earlier announced that they would produce 171 million to 179 million doses of flu vaccine, according to the CDC. More than 109 million doses had been distributed by Oct. 9. A CDC spokesman said the agency doesn’t anticipate an overall shortage this year.

People shouldn’t delay getting vaccinated in order to find a particular vaccine, said William Schaffner, a professor of preventive medicine at the Vanderbilt University School of Medicine in Nashville. People should be vaccinated as soon as possible — even if it means getting an unwanted needle in the arm. Only about half of adults get a flu shot each year.

So far, flu vaccines are a good match for influenza viruses in circulation, Schaffner said. Last year, flu viruses began mutating as soon as manufacturers began vaccine production, leading to a mismatch between virus and vaccine that made shots less effective.

The dominant virus in circulation this year is H3N2 — the same as last year — which tends to be a particularly rough virus, causing a lot of illness, especially in senior citizens.