Women tend to get the shorter end of the stick when it comes to facing midlife.
Whether it’s due to their changing hormones or the changing roles as a woman during this period, the crisis can hit them hard.
Many men think they’d be happier if they make a big change at this time and feel a desire for pleasure and thrills. They make impulsive decisions, only to regret them later.
On the other hand, women lose that sense of excitement as they feel the pressures of adulthood are weighing them down.
They can become emotional wrecks and experience a sudden shift in personality traits – a change possibly due to a decrease in oestrogen, which can begin during the perimenopausal years (anywhere between five and 10 years before menopause).
Symptoms include weight gain, fine lines and sagging skin, lethargy, blue moods and heat intolerance.
Midlife changes the way women deal with stress.
When hormonal changes occur and introduce a new level of stress to the system, the delicate balance that a woman may have had before this juncture suddenly falls apart. A woman’s levels of anxiety skyrockets and her relationships suffer.
Neuroscience research has found that the brain undergoes a profound and drastic change when it perceives emotional stress.
Frustration with a spouse, resentment towards an in-law, confronting a rude teenager, news of a back-stabbing colleague, aggressive calls or e-mails – all these situations can flip the brain into a mode called the “amygdala hijack”.
The amygdala plays a key role in our stimulus system to help us stay alive when it perceives a threat.
During an amygdala hijack, the brain defaults to survival mode according to the laws of fight, flight or freeze. 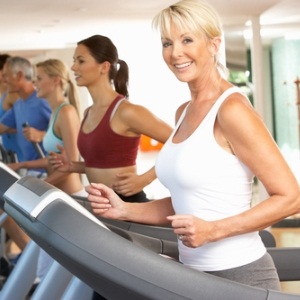 When forced into what the brain recognises as a stressful situation, the body reacts to defend itself with either fight (i.e. attacking someone verbally or bodily), take flight (i.e. leaving the room) or freeze (i.e. becoming immobilised or robbed of thought).
Such stressors destroy harmony as the woman loses the ability to speak for herself and the people around her productively.
Honed by her hormones, crushed by her caregiving duties and pushed over by stress, it is no wonder so many women and their relationships come near the breaking point.
The term “midlife crisis” was coined in a 1965 paper by Elliot Jaques, a Canadian psychoanalyst, who described how people entering middle age are confronted with the limitations of their life and their own mortality.
Middle age, writes the journalist Miranda Sawyer in Out Of Time, her book about making peace with her own age, is full of “money problems, of work responsibilities and looming insecurities, of boredom and frustration and a lack of self-realisation, of caring for those younger and older than ourselves, of diminishing fitness, energy and relevance”.

| Get Miranda Sawyer ‘Out Of Time ‘ Book |
“Far too many women go through midlife without understanding why they are feeling and reacting the way they do to the people around them. It’s during this period of their lives that women feel the most alone and vulnerable. Our message is for women to be kinder to themselves and to embrace their femininity with wellness and strength,” said pharmacist Datin Swanee Teh.
She was speaking at a dialogue called “A Midlife Balancing Act” organised by Nuvafemme here recently, to bring awareness to the “sandwich” generation pinned between duties of taking care of the young and the old.
At the event, three experts shared how women can acquire the necessary skills to stay in charge of their situation and find a new balance between their existing responsibilities and their hormonal situation.
According to clinical hypnotherapist Thanam Selva, the first step in curating healthy relationships with others is to ensure that one has a positive relationship with oneself.
“Managing your emotional state requires managing your thoughts on a subconscious level. Hypnosis catches a bad rap for being a silly party trick, but there is more to it than meets the eye. Hypnotherapy harnesses the power of suggestion to help develop a calm state of mind, dampening the likelihood of an amygdala hijack.
“It’s common for women to ruminate on their problems, priming their minds to see things in a negative light. Hypnotherapy has been used effectively to help modify those negative thoughts of the subconscious, transforming outlooks from bleak to uplifting. Change is best when it comes from the subconscious,” she said.
Thanam’s tips for perimenopausal women: Take deep breaths from time to time, appreciate nature, and in hard times, always say to yourself that it is not the end of the world.
Due to a woman’s emotional fragility at this time, relationships often suffer and divorce rates shoot up.

Read “The quality of a relationship largely relies on the quality of the conversation between the two parties,” said conversational IQ coach Cindy Duong-Ooi, who delved into the chemistry of the brain to help explain the way women in their midlife could learn to transform the conversations they have with the people in their lives.
“Words activate neurochemistry,” Doung-Ooi revealed, “and words that include, appreciate and celebrate cause the brain to release chemicals like oxytocin, serotonin and dopamine that stimulate feelings of calm and connection with others. If we are able to approach our conversations with mindfulness, we hold the power to speak appreciation, inclusion, empathy and hope, even during times of adversity.”
Dealing with hormones isn’t always easy and women are encouraged to seek their doctor’s advice during this time or try some natural hormone regulation remedies.
“Organic genistein is a very well-researched natural remedy for restoring hormonal health and wellness in women.
“Its three main actions are as a phytoestrogen (natural hormonal balance), antioxidant (anti-stress, cell protection and beauty), and metabolic-regulating complex (to inhibit fat formation and to regulate bone building activities).
“By ‘imitating’ the properties of oestrogen in a safe, selective and gentle manner, hormonal health is restored as Mother Nature intended,” said Teh.