On 1st December, we celebrate the World AIDS Day. There’s new finding on HIV/AIDS that can we learn such as :- 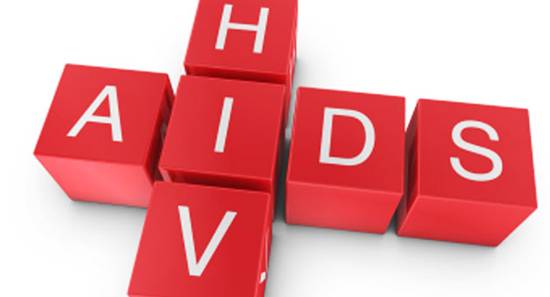 1. Most Don’t Have Their Infection Under Control
– Only 1.1 million people with HIV have their condition under control, where under control means the virus has been suppressed. The report from Centers for Disease Control and Prevention show that most of HIV/AIDS don’t get proper treatment.

2. Bone Marrow Transplants Could Play A Part In Being HIV-Free
News outlets reported this year that two men with HIV and cancer no longer have detectable blood levels of the virus after receiving bone marrow transplants for their cancers. The finding suggests that under the cover of anti retroviral therapy the cells that repopulated the patient’s immune system appear to be protected from being re-infected with HIV source from Brighan and Women’s Hospital told ABC News.
3. No Cost HIV Treatment Could CUt New Infection Rates
– New HIV infection rates can be dramatically lowered by making antiretroviral drugs free, according study from Canadian researchers.
4. Many Young People Don’t Know Their HIV Status
– More than half of HIV-infected young people are unaware that they have the virus.The report also showed that for young people, 72 percent of the new HIV infections were in men who have sex with men, while almost 50 percent were in young, African-American males, Reuters reported.
5. More People are Living with HIV Than 10 Years Ago
– The number of people living with HIV has increased by 18 percent from 2001 to 2011 according to a report released this year from the United Nations Programme on AIDS. The people around the world living with HIV is about 34.2 million people.
6. The Cost Of HIV Drugs is Decreasing
– A year’s worth of the drugs used to cost $10,000 in 2000 for one person; now, it costs $100 a year according Reuters report.
7. HIV Treatment Truvada Can Also Be Used As A Preventive Measure
– The Food and Drug Administration this year officially approved the drug Truvada which has been used since 2004 as a treatment for HIV to preventive measure for people who don’t have the infection but are at high risk for it.
8. Engineered Stem Cells Could Play A Part In Fighting HIV
– The journal from University of California, Los Angeles found that it’s possible to genetically engineer stem cells to attack living HIV-infected cells in mice.
9. Pretty Much Everyone Should Be Screened for HIV
– People should be screened for HIV even if they’re not at high risk of contracting the infection according to US Preventive Service Task Force. he recommendations would mean that everyone between the ages of 15 and 65 should be screened for HIV, even if they’re not at high risk for it, Reuters reported.
10. People Should Be Treated With Antiretrovirals as soon As They’re Diagnosed With HIV
– According to new guidelines from panel of the International Antiviral Society-USA, they advice that all HIV patients should be treated immediately with antiretrovirals. The recommendations are counter to previous guidelines which said that antiretrovirals should only be used if the CD4 count – a measure of immune cells in a person’s body – becomes less than 350 cells for every mm3 of blood.