Loss of teeth, gum disease, rotten teeth and a dry mouth are common complaints among the elderly.

And as the population of over 65s and over 85s in England and Wales are projected to increase by 25 per cent and 50 per cent respectively by 2033, good oral hygiene has become a more pressing problem. 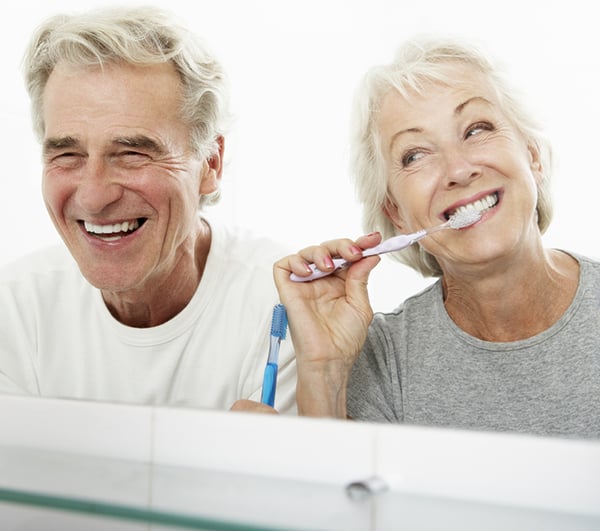 “In the United Kingdom, more than 60 per cent of older adults have periodontal disease, only approximately 40 per cent have functional dentition defined as more than 21 teeth, and more than one-third have dry mouth.

“These oral health problems have significant effects on eating and swallowing, nutritional intake, speaking, and smiling and thus affect several aspects of health and well-being.

“Tooth loss and periodontal disease are also found to be associated with greater risks of morbidity, physical and cognitive decline, and mortality.”

So British scientists used data from the longitudinal British Regional Heart Study of 7,735 British men recruited from general practices in 24 towns across Britain.

They had a dental examination and reported any dry mouth symptoms which are side effects of certain medicines such as antidepressants and blood pressure pills, sensitivity to hot, cold, and sweet, and perceived difficulty eating.

Having fewer than 21 teeth or complete tooth loss, fair to poor self-rated oral health, difficulty eating, dry mouth, and more oral health problems were associated with greater likelihood of being frail.
Of the 1,284 men followed for three years a tenth – 107 or 10 per cent – became frail.

The risk of incident frailty was higher in those who had no teeth, had three or more dry mouth symptoms, and had one or three or more oral health problems after adjustment for age, smoking, social class, history of cardiovascular disease or diabetes mellitus, and medications related to dry mouth.

Dr Ramsay concluded: “Our findings highlight the importance of oral health problems that are not only associated with the presence of physical frailty, but may also influence the development of frailty in older age.

“Our findings particularly highlight the importance of tooth loss, dry mouth, and cumulative oral health problems, all of which were independently associated with incident frailty.

“Further research is needed to understand mechanisms underlying associations between oral health and frailty, for example to explore whether the association is mediated through nutrition and inflammation.

“Although causal associations cannot be fully established from our study, our findings suggest that dry mouth or accumulation of oral health problems could be powerful markers and predictors of frailty in older people.

Further research is needed to develop simple markers of oral health that could be used widely in assessments of older people.

Poor oral health could also be important as a modifiable risk factor for frailty through its effect on oral intake and nutritional status.

The study was published in the Journal of the American Geriatrics Society.