Do you eating flavonoid-rich food? Or it is first time you heard about flavonoid-rich foods? Flavonoid-rich foods are phytonutrients in plant-based food products that often contribute to the color of the foods. They provide antioxidant activity which may play a significant role in cardiovascular health and may help to prevent against diseases such as cancer caused by free-radical damage. 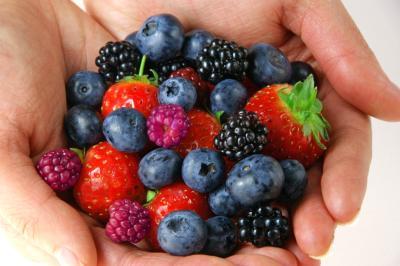 According to new UK research, women with flavonoid-rich foods have reduced inflammation and insulin resintance – a diabetes precursor. Flavonoid-rich foods may offer a variety of health benefits. The nutrition researcher at the University of East Anglia’s Norwich Medical School study to see if a large group would show differences in diabetes risk, and other health markers based on their flavonoid-rich foods consumption.

The End of Diabetes: The Eat to Live Plan to Prevent and Reverse Diabetes

The study involved 1,997 healthy women from TwinsUK, a nationwide registry of adult twin volunteers as the women ranged in age from 18 to 76 and about half were post-menopausal.

The participant were used to estimate their intake of six types of flavonoids and their total calorie intake ant their body mass index (BMI) also being calculated. Other than that, their medical history, general lifestyle habits and physical activity levels also being asked. The women’s average total flavonoid-rich foods intake was 1.2 grams per day but ranged from about 0.6 grams daily among women with the lowest intake to about 1.7 grams among women with the highest intake. Their blood levels of insulin, glucose and markers of inflammation also measured to calculate insulin resistance.

All women who consumed the highest levels of two particular types of flavonoid, anthocyanins and flavones had the least insulin resistance and lowest levels of inflammation.

The study cannot prove that eating flavonoid-rich foods caused any reduction in inflammation or insulin resistance. The result also could be the mark of some other factors such as exercise or an overall healthy diet. The research also did not follow the women to see who actually developed diabetes or heart disease. The research shows that one portion of flavonoid-rich foods was associated with better control of blood sugar levels and blood pressure.