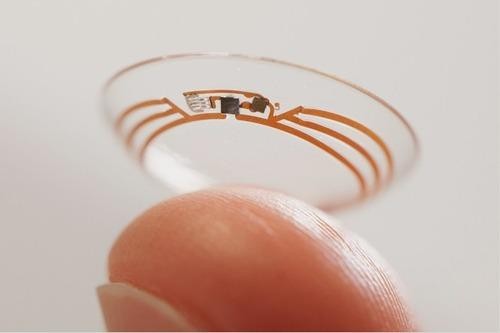 Contact lens that monitors glucose levels in tears? It sound impossible but Google has built the technology that has potential reprieve for millions of diabetics who have to jab their fingers to draw their own blood as many as 10 times a day.
The product is in prototype version and Google says that it will take at least five years to reach consumers. It is one of several medical devices being designed by companies to make glucose monitoring for diabetic patients more convenient and less invasive than the traditional finger pricks.

The lenses use a minuscule glucose sensor and a wireless transmitter to help those among the world’s 382 million diabetics who need insulin keep a close watch on their blood sugar and adjust their dose.
The lenses were developed in the clandestine Google X lab that also came up with a driverless car, Google’s Web-surfing eyeglasses (Google Glass) and Project Loon, a network of large balloons designed to beam the Internet to unwired places.

Research on the contact lenses began several years earlier at the University of Washington, where scientists worked under National Science Foundation funding.
Other non-needle glucose monitoring systems are also in the works, including a similar contact lens by Netherlands-based NovioSense, a minuscule, flexible spring that is tucked under an eyelid. Israel-based OrSense has already tested a thumb cuff and there have been early designs for tattoos and saliva sensors.

Source :- Yahoo
Great innovation from google in health industry. Hopefully it could help people out there.