The U.S. National Toxicology Program issued a report that the chemical known as bisphenol A (BPA) may cause hormone-related problems, including early puberty in children and cancer tumors.BPA Chemical substances commonly found in baby bottles. It become worse when a bottle of water used for drinking during pregnancy also contain this chemical. There are concerns over its exposure to BPA can affect the unborn child both in terms of neurological or behavioral. Babies also have the same risk if it was found true.

Currently, the Food Administration and the U.S. Drug Administration (FDA) has no plans to ban BPA in plastic. Likewise, Canada has taken the first step is to label hazardous chemicals.

However, despite the exposure of the BPA, the parents still have the option to select from a cup or a bottle of milk for the babies there.
There are BPA-free bottles of milk on the market and the glass milk bottles as an alternative. 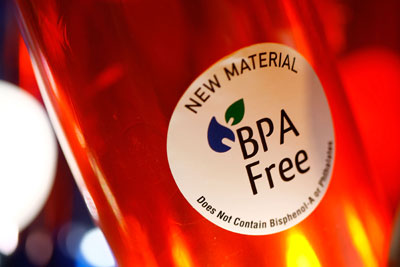 The best way is to avoid the use of safety-related controversy by avoiding plastic containers from using it.

Not only are security guarantees and even your own child does not need to worry.

Through the study, the addition of BPA to the content of the milk bottles at a certain temperature affect the health of infants and children.As a precaution, parents are advised to be able to choose a bottle BPA-free milk, such as polypropylene (PP), polyethersulfone (PES), polyamides (PA). Milk bottles which contain adequate BPA is usually hard and transparent. Also, note the plastic identification code on the label under the bottle of milk. Milk bottles with BPA will be labeled with ‘* the 7’, ‘* the 7 and PC’ or ‘* the 7 and the other’