Have you turned to a mobile app to manage or improve your health?

Apps that claim to treat everything from pimples to depression appeal to the anxiety many of us harbour about our health.

But how trustworthy are they, and what’s the evidence behind their effectiveness?

Associate Professor Carol Maher, a researcher in mobile health apps from the University of South Australia, says there’s a few basic principles people can follow when choosing which health app to download.

Health apps that use your smartphone to journal or monitor progress over time are probably the least worrisome, she says.

These apps can be useful because they make it easier to communicate problems with your doctor; often they allow you to record photos or documentation you can take to an appointment for instance.

But you should be wary of an app if it’s claiming to use the phone as a medical device, Professor Maher says.

“It’s one thing if it’s a device that plugs into the phone — like there now are some approved glucose monitors. Those devices, so long as they’re reputable, are fine,” she said.

There is also an app with a plug-in accessory that can produce a simplified ECG or heart rhythm trace that is still detailed enough to diagnose abnormal heart rhythms, for instance.

But several years ago, thousands of copies of apps that claimed to zap pimples using the light of a phone were sold, before they were pulled from stores.

Other apps have claimed to treat seasonal affective disorder by exposing the user to the phone’s flashlight, despite little evidence a phone’s light can provide effective treatment.

“It’s apps like that [to be wary of], that generally have no evidence they work,” Professor Maher said.

What about other types of app? We took a look at four of the most common varieties on app stores

Apps that aim to help with anxiety, depression, and other mental health issues have proliferated on app stores in recent years.
That’s a good thing because it’s pulled down barriers that may once have prevented people from accessing helpful services, says David Bakker, a researcher and app developer from Monash University.

While some trials suggest they can be useful, there’s not a strong body of evidence around their effectiveness because the area is so new.

Mr Bakker says a good approach is to look for apps that are based on proven treatment methods (like cognitive behavioural therapy) and endorsed by psychologists or reputable sources (like mental health organisations).

Living in the sunburnt country means many Australians are particularly careful of taking care of their skin, and there are apps that claim to help with this.

The most common purport to analyse photos of your moles and skin lesions to work out if they pose a risk to your health or could be a melanoma.

A 2014 analysis of the effectiveness of a melanoma-detecting mobile app found the computer could recognise skin cancer 73 per cent of the time, compared with a dermatologist’s 88 per cent success rate.

A year earlier, another study looking at four smartphone apps found three of them incorrectly classified up to 30 per cent of melanomas as “unconcerning”.

Professor Maher says something as serious as a possible melanoma requires a doctor’s visit.

“They can be quite dangerous because it can be very inaccurate, compared with a doctor who’s a specialist with specialised equipment,” she said.

Can’t sleep? You may have turned to your phone for help. Sleep apps often require you to put your device under the pillow or sheets, where they register how much you toss and turn to give a measure of the length and quality of your slumber. 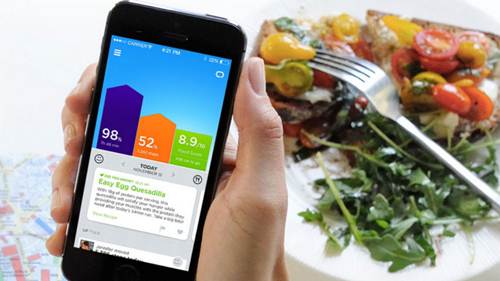 But these apps aren’t always accurate, according to Dr Thuong Hoang from the University of Melbourne.

That’s because of the limited data these mobile apps can draw from. At best, they’re relying on the phone’s movement sensors or its microphone (to pick up snoring, which can be heavier during deep sleep), Dr Hoang says.

A clinical sleep study (polysomnography) on the other hand, can also measure your brain waves, eye movements, heart rate, muscle tension and air flow, providing a more sophisticated picture of your sleep.

Sleep apps can provide information that can be valuable if it’s supplemented with the advice of a health professional though, Dr Hoang says.

But most apps don’t provide the raw information about your rest — rather, they take details like how long you’ve been immobile and how much you moved and offer a summary based on that information.

A better sleep app would offer data more transparently; providing information on your movement during the night but explaining what it’s deducing from that, Dr Hoang says.

Evidence for the effectiveness of apps to help people get fit and lose weight are mixed. In one study, overweight people using a mobile app were more engaged, and lost slightly more weight, than those using a website or paper diary to chronicle their diet and exercise. 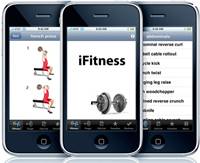 Another found those using an app reported more physical activity than non-app users over a six-month period, while other research concluded an app was unlikely to “produce substantial weight change for most patients”.

Professor Maher says part of the problem is that universities will often produce apps that are evidence-based and tested, but there’s no obligation on companies to do the same.

“A lot of the apps people will more commonly know about, that are popular in the app stores, they tend to come from the commercial sector where their focus is just downloads and users, and they’re not really fussed about whether it’s proven to work,” she said.

She says the future of fitness apps could come from developments in AI — like intelligent notifications based on what a phone’s detected about your environment.

“It would be pretty cool if the messages could be more tailored and customised to the exact activity or location that the person is in, or the exact weather conditions,” she said.