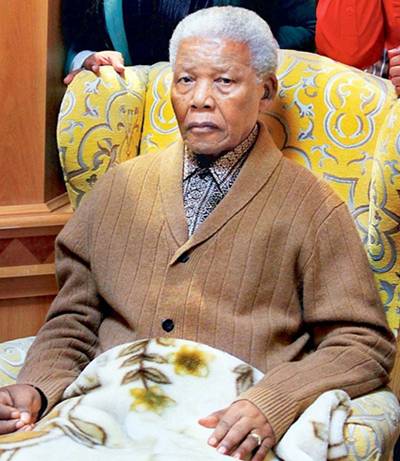 Former South African president, Nelson Mandela remained in a ‘serious but stable’ condition in a Pretoria hospital after treatment for a lung infection.
A statement from current President, Jacob Zuma said that the government confidence in the medical team and is satisfied with their work. Mandela was admitted in the early hours of Saturday with a recurring lung infection and it is his fourth hospital stay since December.
Mandela has received visits from family members including his current and former wives, Graca Machel and Winnie Madikizela-Mandela.
He has a history of lung problems dating back to his time on the wind-swept Robben Island prison camp near Cape Town.