Dr David Newman from St. Luke’s Hospital in New York recalls that no more than one individual a year making a full recovery for CPR patients. This stats show that the individuals who survive CPR is so small. 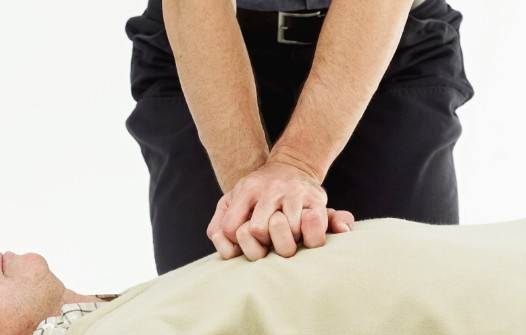 CPR was introduced to American physicians in 1960, and become a staple of emergency medicine. Between 2011 and 2012 more than 14 million people in 60 countries were trained in CPR administration, according to the American Heart Association.

There’s a studies suggest that the number of lives saved by CPR isn’t as many like TV series doing. Initially, CPR combined mouth to mouth breathing with chest compressions to keep blood and oxygen circulation throughout the body until further measures could be taken to restart the heart.
In 2008, the American Heart Association began teaching ‘hands only CPR’ in which the rescuer pushes down hard and fast in the center of the chest – about 100 compressions per minute – and forgoes rescue breaths.

This new procedure was developed to simplify the process and eliminate the ‘yuck factor’ taht potential rescuers could associate with putting their mouths on an unconscious victim. The studies showed that the modified procedure was as effective as chest compressions combined with artificial respiration.

A 2012 study showed that only about 2% of adults who collapse on the street and receive CPR recover fully. Some researchers argue that television created the myth. Researcher from Duke University watched 97 episode of ‘ER’, ‘Chicago Hope’  and  ‘Rescue 911’  taking note of when CPR was administered during each show.

In these dramas, 75% of patients survived immediate cardiac arrest and two thirds were discharged from the hospital with full brain function, a stark contrast to the much smaller percentage found by medical studies.

Newman says that few survive after CPR. He also said that many survivors suffer abdominal distention or broken rib cages : some have severe brain damage from being without oxygen for so long. Still, the CPR are being practiced by trauma workers, including physicians, nurses and EMTs are required to do anything and everything in their power to revive the patient unless an advance directive — a specific written and signed order – specifies that resuscitation should not be performed.