Do you know about obsessive compulsive disorder? It is a mental disorder in which people have repeated and unwanted thoughts of ideas, feeling, obsession or behavior that make them want to do compulsions. 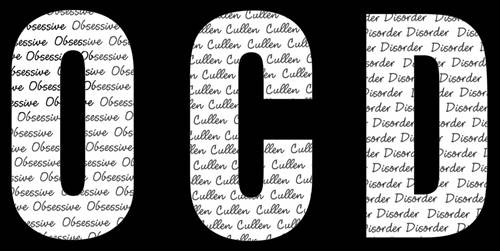 Before an individual is labeled as suffering from OCD, they should meet the following criteria: –

obsesional person from thinking, reflection or how relentless (rumination), for example, he felt his hands dirty despite the fact that not.
Individual appeared nervous, anxious, depressed and uncomfortable with the situation.
Aware of and what happened was not a deliberate made ??but came from outside the ‘ego alien’ in itself.
These individuals know that the idea or image present in itself is nonsense, not logic, and should not happen.

Individuals who belong to this group frequently be like: –

depression
sad
uncomfortable
tired
Weight loss
irritable
Ignoring the self-management aspects such as hygiene or beauty.
If the patient is faced with conflict, OCD symptoms can vary in severity, where it can be more serious.

Factors that Increase the Risk of Getting An OCD

Genetics – (descendants) family members may have a history of these diseases increase the risk of OCD.
Organic-organic problems such as lesions of certain parts of the brain is divided, is also a factor for OCD. Neurological problems such as that caused by meningitis and enkefalitis is one cause of OCD.
Personality – People who have an obsessive personality disorder are more likely to have OCD. Characteristics of those who have this personality is like too much concerned with hygiene and cleanliness, a person who is very obedient to the rule, finicky, difficult to tolerate and not easily deterred.
Past experience – Experience of the past / the past is a method of shaping young people deal with them by showing OCD symptoms.
Conflict – People who have this disorder often have conflicts of the soul arising from any problems in life.

In the process of investigation, the doctor will take into account the patient’s background and history including: –

Duration of the problem
Root cause of the problem
Place of OCD symptoms significantly either at home or at office
The severity of symptoms if patients have problems.
Severity level are facing.
If the patient is facing a serious conflict or tragedy, their prognosis is usually better than an unknown individual root causes.

Your doctor should determine whether the disease or symptoms of OCD patients experienced primary or secondary nature of other mental illnesses.

Usually your doctor will prescribe anti-obsessive like chlomipramine and fluxomine to help calm patients. These drugs are also potentially eliminate the mind obsesional patients.

Sometimes patients have to practice medicine in a fairly long period as two to three years depending on the reaction.

Cognitive Psychotherapy – the patient will be helped to overcome these problems through suggestions and discussion based on rational thinking.
Behavioral psychotherapy – but is more oriented to the exposure and precautions stages.
However, cured or not a patient will depend upon: –

Seriousness of the problem
Co-operation and should have treatment in a given
Support individuals who are almost like family members, colleagues or friends.
Duration of the disease.