Thalassemia is an inherited blood disorder that causes the body to produce less hemoglobin. Hemoglobin is the substance in the red blood cells, which carries oxygen to all parts of the body. It is inherited, from parents to their children through genes. There’s two main types of thalassemia such as : Four genes are needed to make enough alpha globin protein chains. Alpha thalassemia occurs when one or more of the four genes are missing or damaged.

A person who has one gene missing or damaged is called a silent carrier. This form of alpha thalassemia does not cause any major changes in the hemoglobin or any health problems. Affected individuals generally have no symptoms, but they are carrier of the disease and they can pass on the genetic abnormality to their children.

If three genes are missing or damaged, it will result in hemoglobin H disease. The condition causes abnormalities in red blood cells and rapid destruction of these cells. Most affected individuals have mild to moderate anemia and should receive regular medical care.

The most severe form of  is known as alpha thalassemia major or hydrops fetalis. In this condition, all four genes are missing or damaged. Affected fetuses are usually miscarried, stillborn or die shortly after birth. Two genes are involved in making the beta globin protein chains. Beta thalassemia occurs when one or both of the two genes are variant.

Beta thalassemia minor, occurs when one of the two genes are affected. A person with this condition will usually experience no health problems other than a possible mild anemia.

If both genes are affected, a person may have beta or beta thalassemia major, also called Cooley’s anemia. People with beta thalassemia intermedia have mild to moderate anemia. The  major is the most severe form of beta thalassemia in which the complete lack of beta protein in the hemoglobin causes a life-threatening anemia that requires regular blood transfusions and extensive medical care. 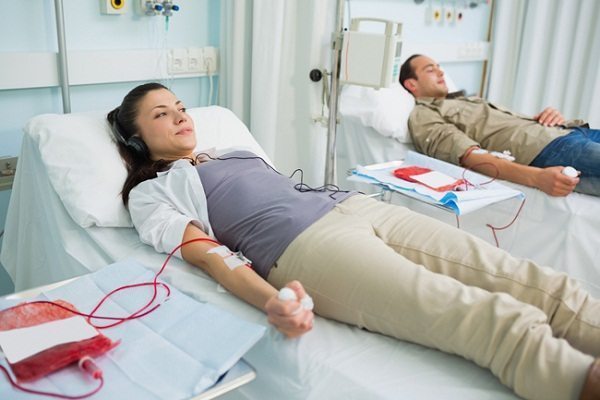 The symptoms of thalassemia can vary. Some of the most common ones include:

Not everyone has visible symptoms of thalassemia. Signs of the disorder also tend to show up later in childhood or adolescence.

Prevention
Thalassemia is an inherited disease that cannot be prevented. However, blood tests and family genetic studies can show whether an individual has this disease or is a carrier. It is wise that you and your partner have testing done to determine your hemoglobin status if you’re thinking of having children. This will help determine your risk of passing on the disorder to a child.