NEW YORK, Nov 7 — New US research has found that not getting enough sleep could lead to dehydration the next day, possibly affecting mental and physical performance.

Carried out by researchers at Penn State University, the new study looked at more than 20,000 American and Chinese adults over the age of 20 to assess how sleep may affect hydration status and risk of dehydration.

The participants were asked to report on their sleeping habits, as well as provide urine samples which were analysed for biomarkers of hydration. 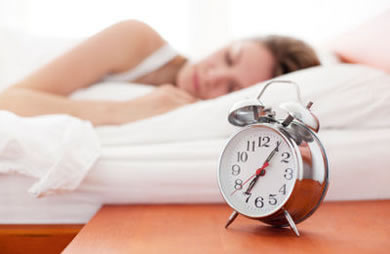 The researchers suggest that the body’s hormonal system, which regulates hydration, could be responsible. A hormone called vasopressin is released throughout the day, as well as during the night, to help regulate the body’s hydration status. Shorter sleep may disrupt the release of the hormone, thereby affecting hydration.

[ Infographic : How to Fall Sleep Quickly ]

“Vasopressin is released both more quickly and later on in the sleep cycle,” explained lead author Asher Rosinger. “So, if you’re waking up earlier, you might miss that window in which more of the hormone is released, causing a disruption in the body’s hydration.”

Dehydration can have more severe effects than simply making us feel thirsty, negatively affecting cognition, mood, physical performance and physical and mental functions. These findings suggest that if you’re not feeling well after a night of poor sleep, dehydration may be partly to blame rather than just the poor sleep itself.

[ Sleep : Are You Getting Enough ]

“If you are only getting six hours of sleep a night, it can affect your hydration status,” Rosinger said. “This study suggests that if you’re not getting enough sleep, and you feel bad or tired the next day, drink extra water.”

However, the team pointed out that as this is an observational study, the cause and effect cannot be confirmed and more research is needed. — AFP-Relaxnews