Most people think that the human spine is one of evolution’s great flaws. After all, around 80 per cent of adults suffer from lower-back pain. What more evidence do you need? The truth is, the spine is a robust structure. We’re just using it incorrectly.
Everybody “knows” that you put your back out if you lift objects that are too heavy. As a result, many workplaces have introduced lifting training and ergonomic equipment, such as hoists, in an effort to reduce back injuries.

The common advice from lifting training is to avoid heavy lifting where possible. However, research has shown that such training is largely ineffective at reducing back pain and back injury. It seems that a different approach is needed. 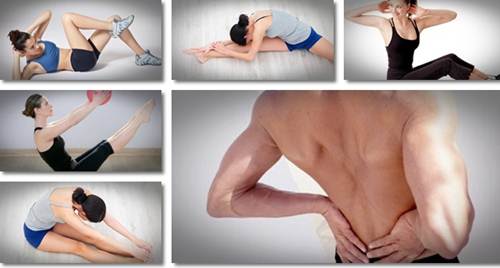 Human tissue needs to be exposed to loads to become strong – and the spine is a good example of this. Regular loading prepares the joints, muscle and ligaments for normal tasks. Nobody would expect to run a marathon without preparing the body for such loading, so it seems logical that to be able to lift a weight requires exposure to that activity.

Lack of loading has been shown to have damaging effects on the spine. Studies on astronauts have shown that lack of exposure to loading in microgravity causes muscle wasting, spine stiffness and disc swelling. These previously healthy astronauts developed back pain after space flight. Prolonged unloading caused an unstable or weak spine leading to back pain.

Those teaching that lifting should be avoided, indicate that it is not just the one-off heavy lift that is the problem. Repeated and regular bending and lifting of the spine is cited as a risk for back injury, particularly when combined with twisting. Research in elite rowers examines this concept.

Elite rowers fully flex and load their lower backs hundreds of times a day every time they train. Around one-third of this group will complain of an episode of back pain in a 12-month period, of which the vast majority will recover fully.

This shows that most rowers do not injure their lower back and that the spine is very tolerant of this activity. It does, however, suggest that bending and loading is indeed an activity that can be associated with the onset of back pain, but that there must be more to the story.

There appears to be a loading “sweet spot” where the lower back is gradually trained to cope with the load. Rapid increases in training load with poor recovery is associated with onset of back pain in rowers. Rowers who move well through their hips, knees and other joints are less likely to get back pain.

Another finding in rowers, which contradicts traditional “manual handling” training, is that they load their backs with a bent spine. The fact that the lower back is tolerant to being loaded in this position can be explained.

The spine is in fact a more stable structure when it is curved. Advice to keep the back straight and bend at the hips when lifting is to encourage the use of the large muscles around the hips and in the legs, to help with the load. This advice may be misguided if these muscles are weak due to misuse. The emphasis should be on strengthening these muscles.

People are becoming less active and more overweight, which means they are becoming less fit and less able to tolerate the activity and loading for which we were designed. Recent expert advice highlights that the best way to prevent back pain is with exercise.

Rather than advise people to avoid lifting, they should be taught to make regular lifting part of their everyday routine. To build the muscles of the spine, the load must be heavy enough, as with any weight training.

Fiona Wilson is an associate professor and chartered physiotherapist at Trinity College in Dublin. theconversation.com